Battlefield 2042 Got zombie mode ?? Only to have it removed a day later. EA DICE made this decision because the mode was quickly becoming one XP farm for gamers. According to Justin Wiebe, a developer at Ripple Effect (the studio that works with DICE) ?? This module should never have appeared in the game. 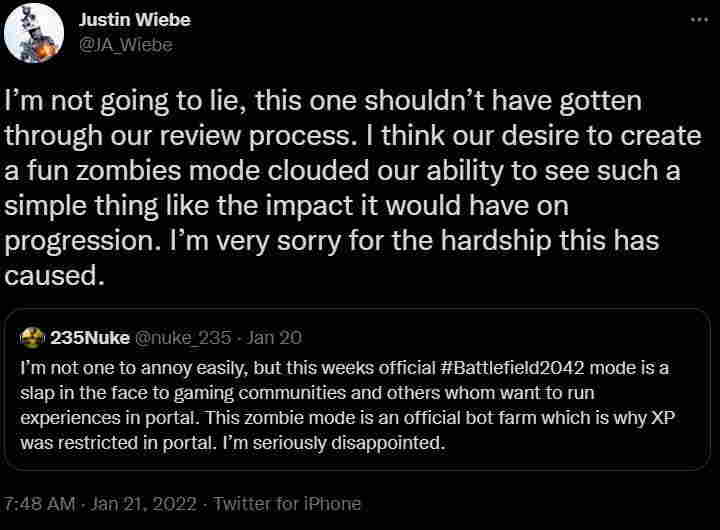 As the name of the already removed mode suggests, the task of the players was to fight against the walking dead. They were controlled by the artificial intelligence and attacked in waves. There were many videos on the web, where players showed how to collect experience points as efficiently as possible.

It should be noted that zombie mode was created by fans of the game, not the developers battlefield, DICE. This was made possible by the gameplay enhancement tools made available to the community by the portal. It’s seen as one of the few things players care about battlefield. 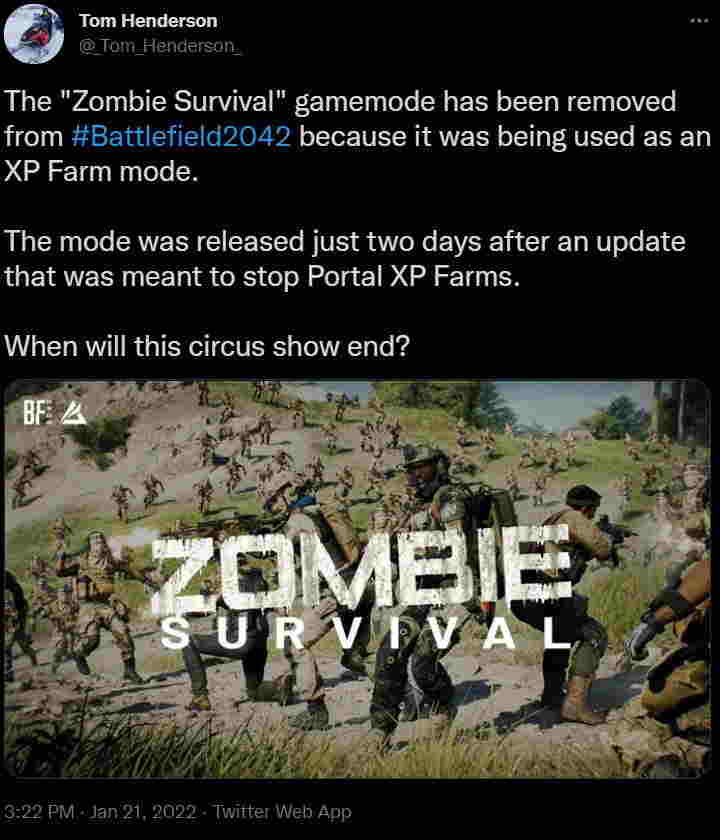 Currently zombie mode is no longer available and another mode has appeared in its place ?? the gun game. According to Justin Wiebe, DICE will work to ensure that similar situations do not occur in the future. Though it’s hard not to feel like it might be too late to make changes. Recently, we heard rumors about the game transitioning to a free-to-play model. Also, the fact that hackers have stopped developing cheats says a lot about the popularity of cheats Battlefield 2042.