Who said survival should be hard? > NOW

I love survival and crafting games, though I prefer the types that don’t punish you for every small mistake. For example, Don’t Starve is a terrific game, but you better stay on top of your tasks before those hounds come running. The Forest is really good and quite beautiful, but don’t take the scenery in for too long or a cannibal will eat you. Valheim lets you create your own pace, yet beware wandering into areas above your level. And everyone naively starts playing Project Zomboid believing they’ll only need one character.

Fortunately, not every survival game is that hellbent on making you suffer. Some take a more leisurely approach to staying alive in a post-apocalyptic hellscape. A few, like Core Keeper, even threaten to venture into survival’s sister world of crafting games such as Stardew Valley or Graveyard Keeper. 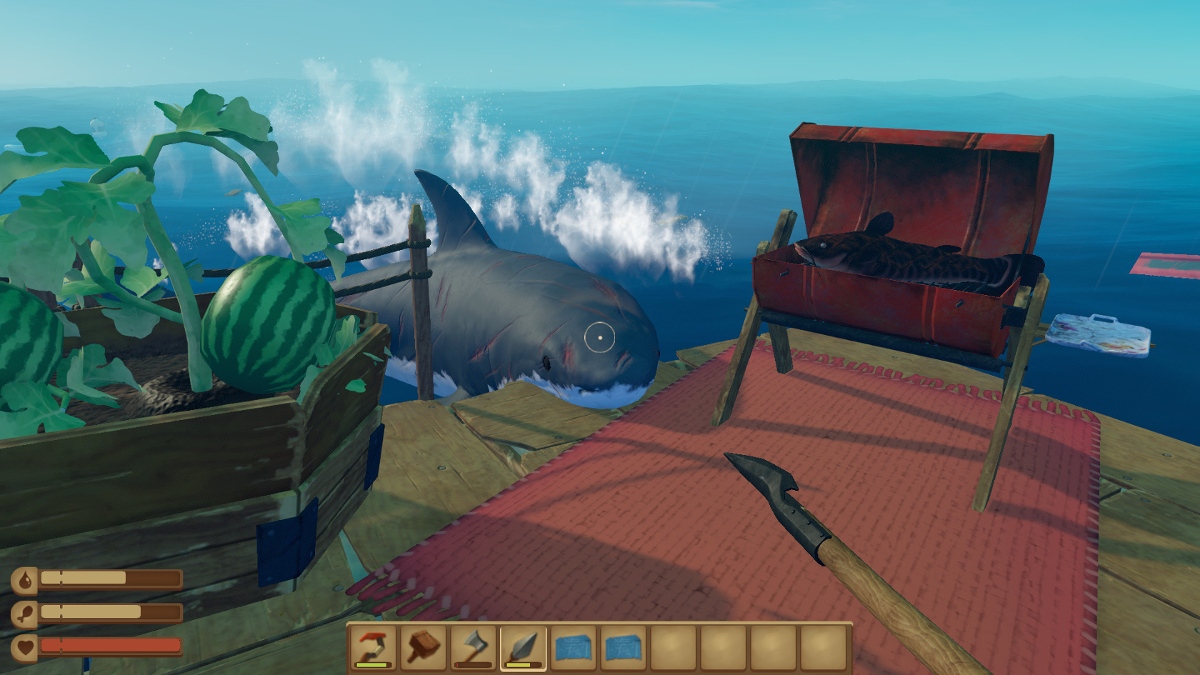 But let’s stay on this side of the survival/crafting genre fence with three titles that expect you to survive, yet don’t go crazy about it. Foremost on my list is raft, the indie hit that recently exited Early Access. I’ve spent hundreds of hours on rafts in the past few years, drifting on an endless ocean, dredging garbage from the tide to build new equipment and expand my humble floating home.

Well, maybe not humble. There’s a small difference between a refugee raft and a floating skyscraper with 25 storeys or a giant transport ship made from hundreds of floor tiles. Even the compact ships designed by players feel more like slick bachelor pads than being adrift. This is not your average survival game… 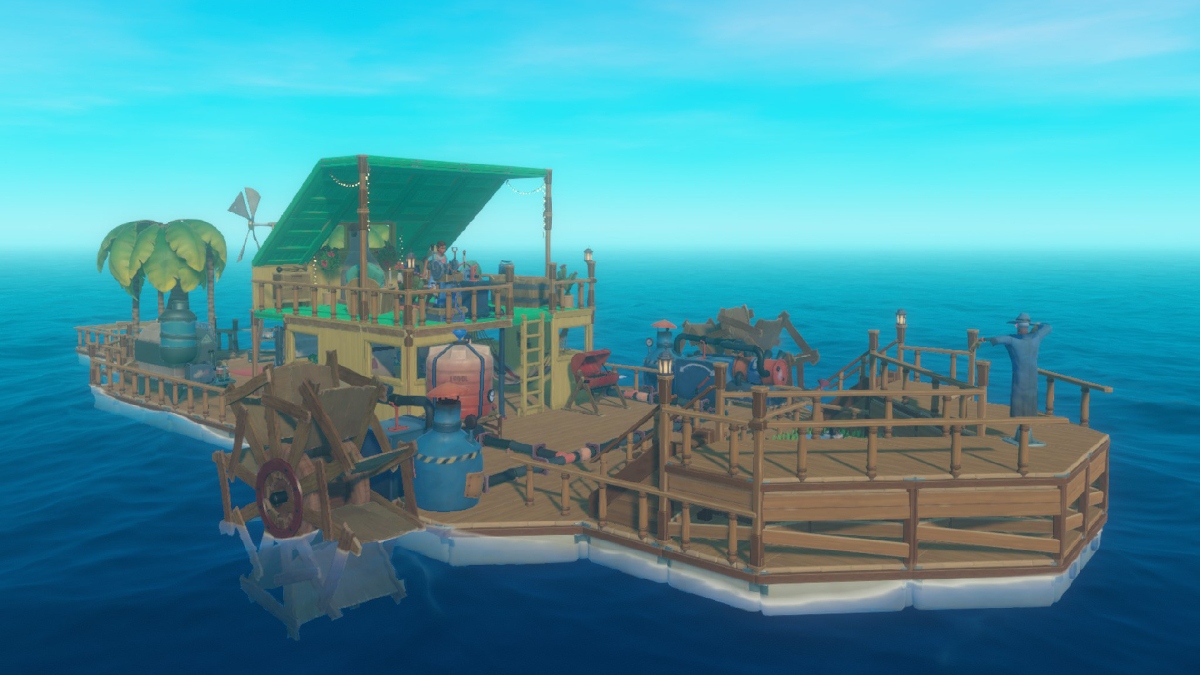 Raft wins big on three counts. First, it has an extensive building system where you can go crazy with your designs (and many have while attempting to find the game’s limits). Second, the research system is simple yet quite deep, and the items help significantly to lessen any grinding. And third, you can play with other people – I recommend 4 to 8, though there isn’t a prescribed limit. Raft has many more surprises, but I don’t want to go on about it (because I really could). If any of this sounds interesting, try it out on Steam. 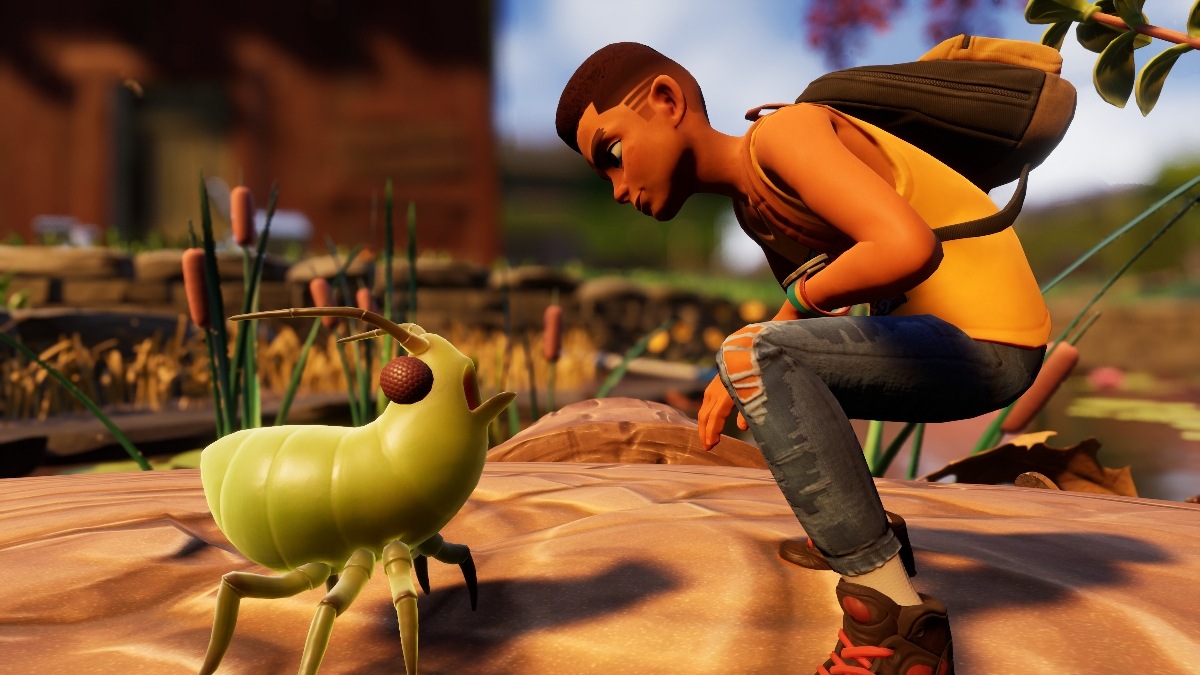 grounded is another example of a survival game not out to destroy you. Inspired by the 1989 movie ‘Honey, I Shrunk The Kids,’ you play as one of four kids who are shrunk in an accident and have to figure out how to return to normal size again. But to get there, you must face the dangerous world of an overgrown suburban lawn full of insects and nastier surprises.

As with Raft, Grounded keeps a light tone and puts fun ahead of skin-of-your-teeth survival. You harvest different materials from the surrounding area, building up your tech to access better weapons and gear. It’s not a safe world – just wait until you encounter your first spider. But if you run away far enough or keep your distance, most critters will leave you alone. OK, not the ants. Kill a few ants, and they start swarming the area. 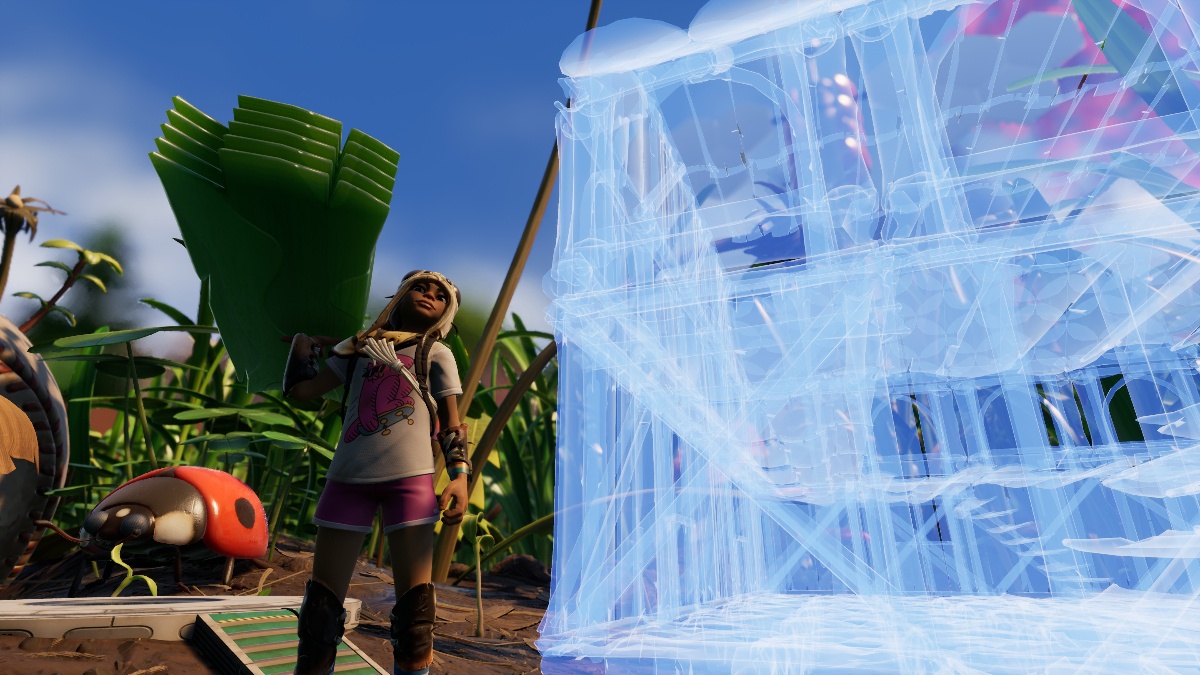 I haven’t played much of Grounded, but it’s held up so far. I recommend playing it with friends – if you’re all too poor to buy copies, the game is available on Xbox Game Pass. It recently got a significant update, so there’s reason for veteran players to jump back in as well. 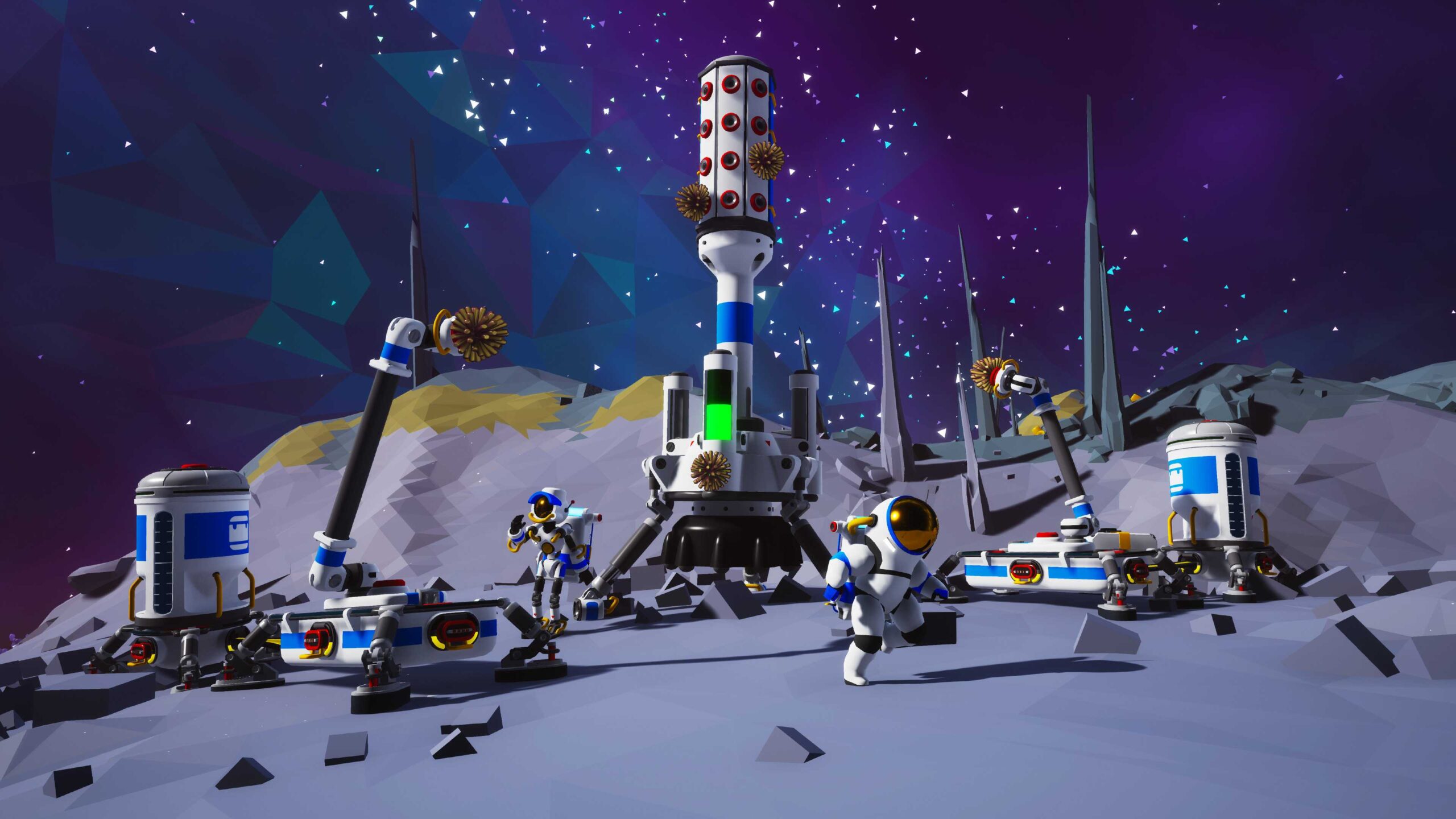 This brings me to the survival game I’m super keen to return to. Astroneer has been around since 2016, receiving many updates over the last six years. Since I only first played it early in 2022, I managed to skip many of the earlier bugs and such. Today, Astroneer is a great game and an excellent alternative to the more heavy-handed space survival games such as Space Engineers or No Man’s Sky.

Every survival game has a gimmick. Raft can unleash your inner Buckminster Fuller, and in Grounded, you see the world from a bug’s perspective. For Astroneer, it’s tethers. The planet your astronaut gets stranded on is not hospitable, and you need resources from your escape pod to stay alive. To get around, you drop tethers that let you extend further and further to find resources. 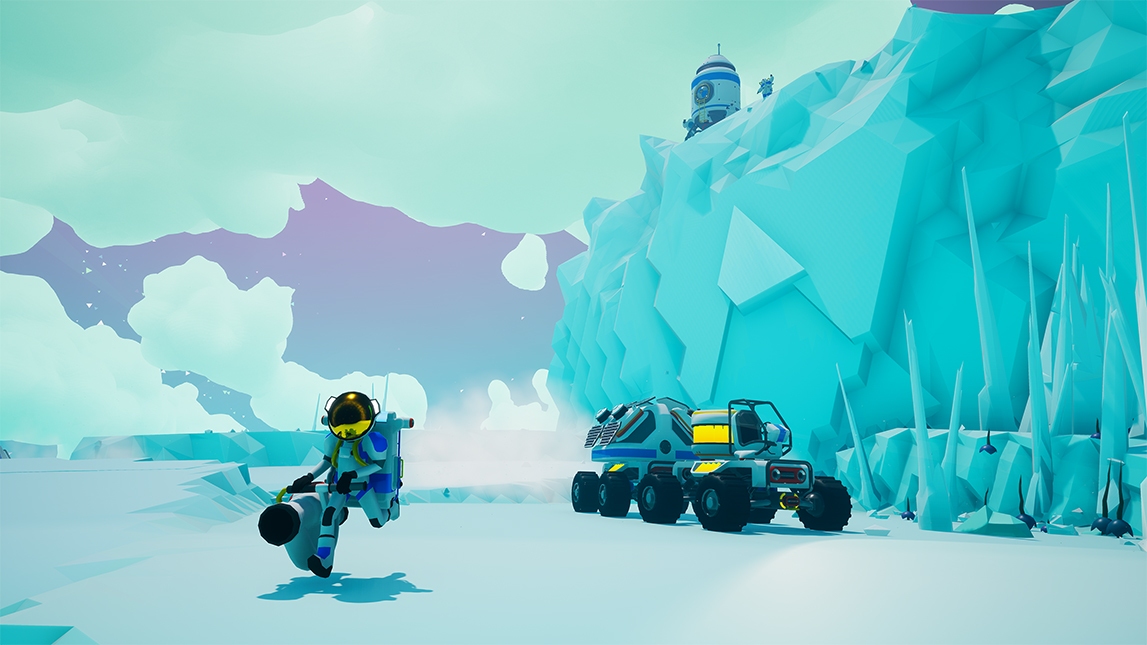 Eventually, you’ll build vehicles that take you vast distances and even blast off to other planets. Then you build tethers from these vehicles, digging, exploring and generally having a good time. The tether idea is particularly relevant in multiplayer since people can follow each other’s tethers, eventually building a chaotic web of laser strings that go in all directions. There might be ways to eventually replace the tethers (I hadn’t gotten that far) but I’m happy to just keep using them. Astroneer is a great game that I’m glad survived its difficult early years.

Life’s hard enough, so kick back on an ocean cruise, run with the beetles in your backyard, and stick a flag into a new planet because it’s there. I’ll run away from zombies and cannibals another day.