White Orchard from The Witcher meticulously recreated in Minecraft

Minecraft gamers are likely to be amazed at how big their virtual projects are, often inspired by popular brands such as: war of stars or Lord of the rings. Now it’s The Witcher’s turn, especially Wild Hunt. One of the players recreated the entire starting location, the White Orchard, in the game.

User Equal-Tangerine6532 presented his work at Reddit and it’s very impressive. We are talking about a complete replica of the area known from the production of CD Projekt RED. The player didn’t just focus on the main village and the ruins scattered around it. He also made sure the terrain was the same as in The Witcher 3.

Unsurprisingly, the screenshots posted made an impression on other Reddit users. Some asked the creator how they made the map. In response, he revealed that the World Painter app was helping him adjust the terrain. He also admitted that the site isn’t ready yet. As you can see in the pictures presented, the castle ruins in which the Nilfgaard soldiers were stationed are still missing.

Still, given the accuracy of its replica, the player’s work is already impressive. By the way, we also know that this will not be his last project. In one of the comments, he admitted that he plans to do the same with Velen, Kaer Morhen and Skellige in the future. These projects will take even longer due to their much larger scope. 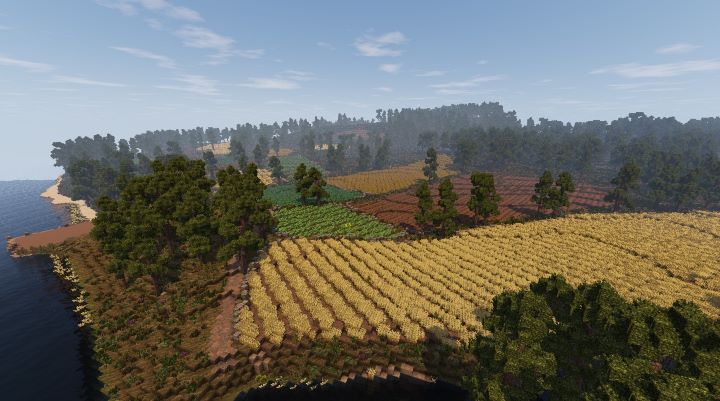 It is worth noting that it is not the first Minecraft Project inspired by The witcher. In 2018 the Elysium Fire Group newly created Novigrad in Mojang’s game. It took you about six months to build the city and the end result is really impressive.