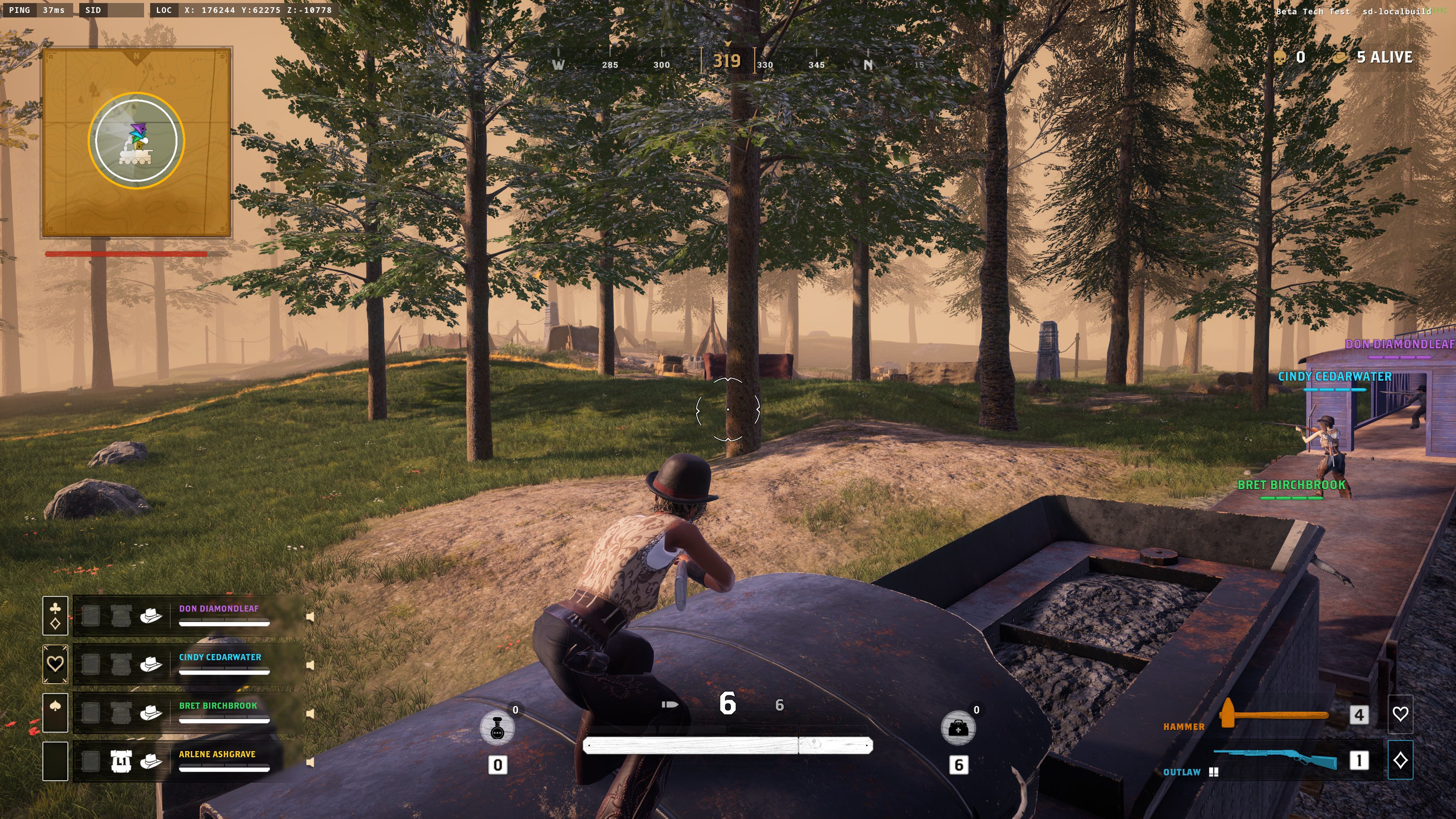 Every time I hear about some new NFT game scam, I breathe a huge sigh of relief when I soon discover that it’s a steaming pile of garbage that no one is ever going to play. I know all of these blockchain projects have ludicrous aspirations that fundamentally misunderstand what it takes to make a successful video game, but I don’t expect Johnny Gamer to necessarily understand what they’re signing up for when they click download on a random game that looks like it could be fun. Fortunately, we’re never in a position where we have to talk people out of playing a blockchain game, because the games themselves are driving everyone away by looking like shit.

During their sparsely attended crypto gaming convention this week, GalaGames announced a partnership with Epic to bring its blockchain-based Wild West battle royale called Grit to the EGS, and as you’ve already guessed, it’s embarrassingly bad. It’s little more than a reskinned PUBG with worse assets, animations, sounds, and well, everything. Like every blockchain project, it’s a game second and scam first.

You can tell by the way everyone talks about it. The developers and the crypto perverts that orbit them have nothing to say about the game itself. All they can talk about is how important this moment is for NFTs, how much money it stands to make, and how many people are going to be exposed to blockchain games through the EGS. Spreading crypto like a disease is their only interest because, like all blockchain BS, it’s nothing more than a pump-and-dump scheme. Bored ape NFTs and Grit’s horses (which were bought from the Unreal asset store, apparently) are the exact same thing. They promise you that you’ll finally own your in-game items, that’ll you be able to use them in any game some day, and that you’ll be able to buy and sell them for a profit, but all you’ re really getting is the opportunity to give grifters money for useless assets in a terrible game.

It’s fun to dunk on games like Grit (which I’ll reiterate, looks awful) but I’m also grateful that this is the best that the blockchain has to offer. Aside from the crypto kids that are ideologically committed to playing this crap, no normal person is ever going to look at Grit and think wow, that looks like a game I’d like to play. While the bottom continues to fall out from under crypto, the window for all this nonsense is slamming shut. Hopefully, the people with the power to actually make good games already see the blockchain as a poor investment.

There’s still a fear that our favorite franchises will succumb to crypto madness before this era is behind us. Ubisoft has been dabbling in the blockchain with its Quartz market, which has some utility in the now-abandoned Ghost Recon Breakpoint. It hasn’t happened yet, but we could conceivably see more NFT junk in Far Cry, Assassin’s Creed, and Rainbow Six. When Square Enix sold its western studios to Embracer, it reportedly wanted to invest in an NFT ecosystem – though the company seemingly reversed the course on that messaging during an earnings call this week. The rest of the major publishers don’t seem to be planning to jump into the crypto market at all, and if they are, they’re being quiet about it right now.

The crypto bro narrative is that the game industry is waiting to see what blockchain games can do, and getting grit onto the EGS is a big step, but the reality is that the industry has largely moved on from crypto because of games like Grit. The quality of play-to-earn games has given the entire concept a terrible reputation that will be nearly impossible to overcome. In fact, hiding that they’re primarily designed to launder and scam money is actually easier to finesse than that fact that they’re just bad games, as depressing as that is. I hate Grit and everything it stands for, but I’m grateful for the harm it’s doing to the entire crypto movement. March on, you hideous, joyless excuse for a game. You’re doing a better job at convincing people that blockchain games are bad than I ever could.

Next: Axie Infinity Is A Classic Example Of What’s To Come For NFT Games