On Friday, on Warframe‘s channel on Twitch, the game’s developers held an official broadcast that revealed the name of the new story expansion. Angels of the Zariman will be a direct sequel to December’s The New War DLC and will appear in the game in update 31.5.

Digital Extremes, the studio behind Warframe, has announced that 2022 is set to be the best year yet for their game. The first major announcement of new content this year is the Angels of the Zarimanexpansion, which is expected to include at least two new game modes, new quests and characters, and some minor tweaks. The next stream is expected to take place in February and show off a lot more content from the upcoming DLC.

On the official Twitter of Warframe the first concept art for Angels of the Zariman has been released. 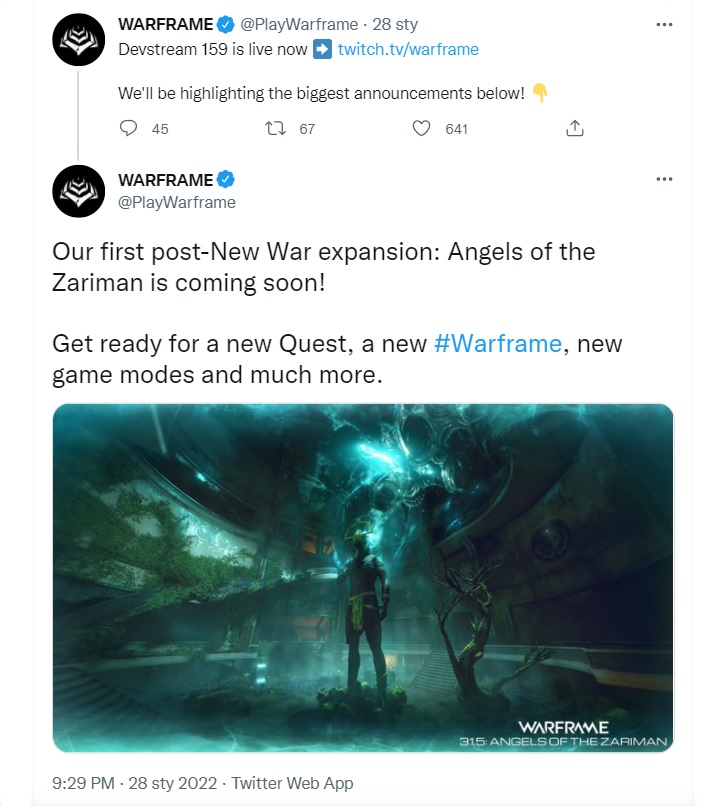 We don’t know the exact release date of the DLC yet, though more information will probably be revealed during the February stream. On February 9, Echoes of War update 31.1 will be released, enabling players to replay the The New War expansion and introducing the annual Valentine’s Day event. All in all, the players will definitely not be bored.

As a reminder Warframe is available on PC, PlayStation 4, Xbox One, PlayStation 5, Xbox Series X/S and Nintendo Switch.

This RDR2 Mechanic Worked Much Better in First Game