The result between Vivo Keyd and Acend from Group A of the reigning Valorant Champions Berlin was canceled and counted in favor of the European team, as a player from the Brazilian squad was found guilty of exploiting a blocked Cypher camera spot on Breeze.

The result between Vivo Keyd and Acend from Group A of the reigning Valorant Champions Berlin was canceled and counted in favor of the European team, as a player from the Brazilian squad was found guilty of exploiting a blocked Cypher camera spot on Breeze. 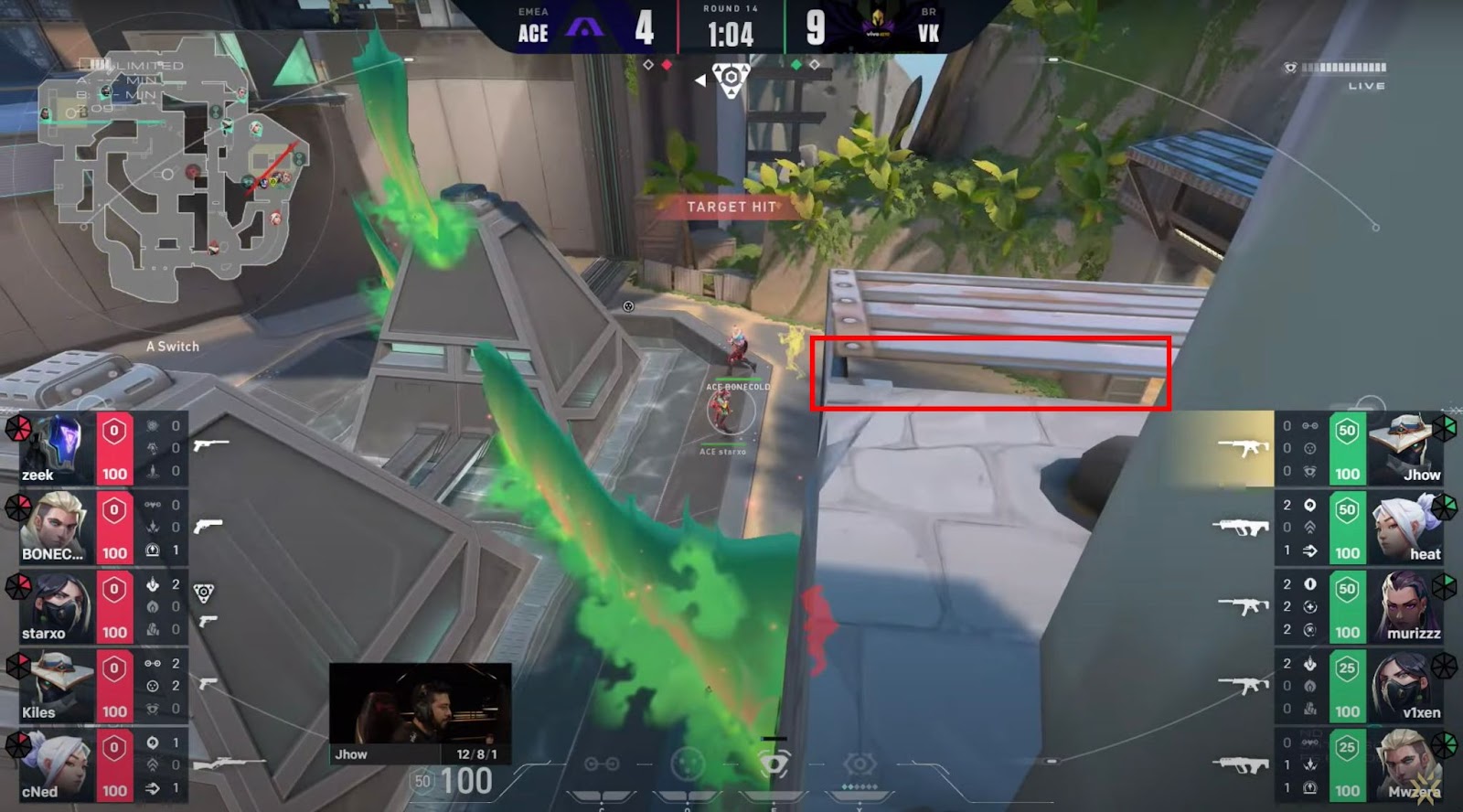 After the series reached a decision on Breeze, the community saluted Vivo Keyd for their anger at Acend in their group game before facing the music that summed up Jonathan ‘JhoW’ Gloria’s actions that left the entire team in ruins the latter’s attempt to exploit a bug in violation of rule 7.2.6 of Riot’s Bylaws in relation to its tactical first-person shooter.

The exploit was attempted on the Breeze map, which had to determine the winner as both teams were tied 1-1 in the series. JhoW placed his Cypher camera on the A-site which allowed him to see through the back of a small map texture that was supposed to block the player’s view and actually gave Vivo Keyd the upper hand with the one-way information. The mistake was abused between rounds 13-20.

Below we’ve included evidence that came from valorantesports.com who successfully investigated the entire incident.

The player’s actions were not contested during the game, which allowed Vivo Keyd to continue playing and win the card with the result of 13-8 and the streak, although the result was reversed as the six rounds in which the Camera exploit was forfeited by Vivo Keyd and granted to Acend, resulting in an adjusted Acend 12 score for Vivo Keyd 9. Riot also took into account the economic impact of the six lapsed rounds on subsequent rounds on the map, which gave Ascend an extra round and eventually made them the winners of. made the series Vs Vivo Keyd.

As part of the investigation, Valorant Champions Tour staff added:

The specific Cypher camera exploit provides an unintentional one-way view of the entrance to Breeze’s A-Site, which provides critical information that will have a serious impact on the outcome of the round, even if the Cypher camera does not see the players on the opposing team.

As a result of the above incident, Group A games have been postponed to an additional date, which will be announced once Riot completes its review of the verdict against Vivo Keyd. The Brazilian squad face X10 in their play-off.