Yesterday CD Projekt RED hosted an investor call, concerning the future of the company. Items such as financial results of the studio were discussed during the conference, including the commercial success The Witcher franchise. The adventures of Geralt have sold 65 million copies to date, of which more than 40 million went to The Witcher 3 alone (we are talking about the shipment to stores, ie the so-called sell-in).

The Witcher 3 sets standards even after seven years 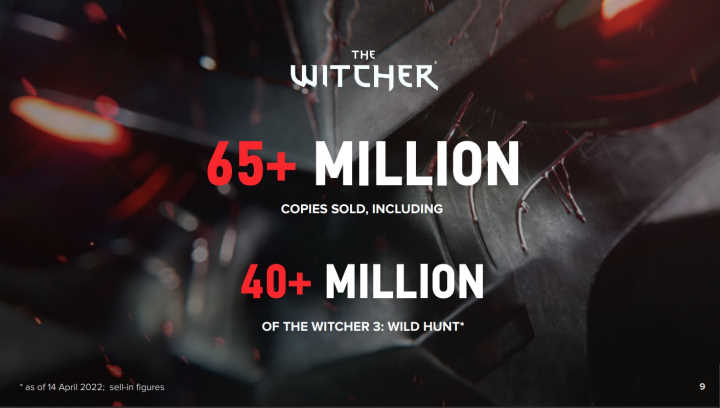 At this point it is worth comparing the current result with the one shared by CD Projekt a year ago.

As you can see, the series retains its high level. Shipping another 5 million copies of The Witcher 3 over the course of about a year shows that the game continues to arouse interest. In the case of a seven-year-old production, this is not something you see every day. It is safe to assume that most of these copies are digital versions, so we are talking about actual sales.

In contrast to the good financial results stands the disappointing news about the delay of next-gen edition of The Witcher 3. The release date of the next-gen version has been delayed to an unspecified future.

Not only the trilogy

The summary also included some news about Gwent: The Witcher Card Game. As we know, the studio is developing a single-player version of the title. The game will not be deprived of technical support, which also applies to the mobile game The Witcher: Monster Slayer.

The popularity of The Witcher is certainly also influenced by Netflix’s TV series, which, although not the most beloved rendition of the universe, still attracts a large group of fans. Currently, work is underway on Season 3.

We also can not forget about a new game based on the prose of Andrzej Sapkowski, which was announced on March 21 .

The game dubbed as The Witcher 4 is being created on Unreal Engine 5 and according to the revealed information will start a completely new saga. Such information as release date or system requirements were not revealed.

How To Fight In Deadcraft