We learned the release date of The Witcher 3 for PlayStation 5 and Xbox Series X/S consoles. CD Projekt RED confirmed earlier announcements that the next-gen patch wants launch in the fourth quarter of this year – specifically on December 14. It will be available for free to those who have purchased the title on PC, PS4 or Xbox One.

Those who have not yet purchased The Witcher 3will get the opportunity to purchase complete edition for PS5 and XSX/S to receive the improvements from the patch. In addition to the enhancements (listed below), this edition will also include, among others, the Blood and Wine other Hearts of Stone DLC’s. 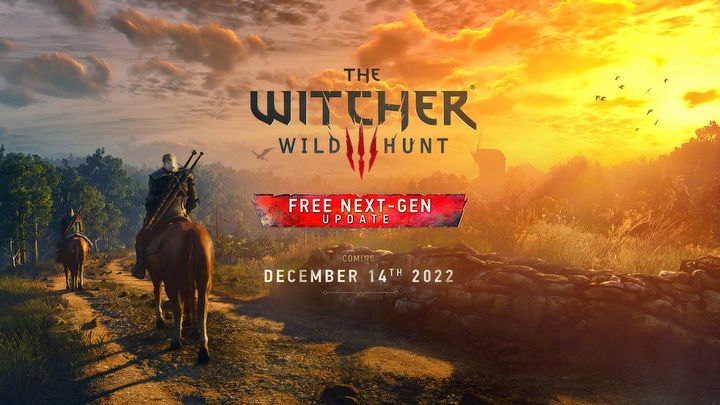 The update will introduce many changes in the technical layer, including, above all, graphics. Those playing on current-gen consoles will get, among other things, shortened loading screens. Support for ray tracing will also be added. We will be able to learn and see details of the new features during next week’s broadcast on Twitter. There, a gameplay from the new version of wild hunt will be shown.

The Witcher 3 will also get new content. This will include a selection of mods integrated into the game, as well as small DLCs containing items inspired by The Witcher TV series from Netflix. In addition to cosmetic elements, such as an alternative look for selected characters, we will also get new equipment for Geralt in the form of armor and weapons. Interestingly, this package will not be available only to those who install the next-gen patch. The update, along with a number of gameplay improvements, will also hit the Nintendo Switch, PS4 and Xbox One in the unspecified future.

On paper, a medical physicist. In reality, however, a humanist who has loved games since childhood. With this passion, she decided to try her hand at writing for a broader audience. She has been affiliated with Gamepressure since 2017. She started in the guides, now mainly writing for the newsroom, encyclopedia and marketing. Self-proclaimed specialist in free-to-play games. She loves strategy, simulators, RPGs and horror games. She also has a soft spot for online games. She has spent an immodest amount of hours in Dead by Daylight and Rainbow Six: Siege. In addition, she also enjoys watching horror movies (the worse they are, the better) and listening to music. Her greatest passion, however, is trains.