There’s no point running a game with ultra-high graphics if your screen can’t do it justice. And when you look at the latest technology in the world of gaming displays this year, it may well be worth thinking about feasting your eyes on new gear.

The Rise of Gaming TV

In the past, TVs were never really considered an option for serious gamers due to their slow response times and high input lag. Gaming monitors offered gamers better performance when it came to the responsiveness needed to make split-second decisions, but that has changed. In recent years, some televisions have appeared with new gaming features and capabilities that make them the preferred option for gaming.

LG’s groundbreaking OLED TVs were an evolutionary leap in display technology, using more than 100 million self-illuminating pixels that can be individually turned on and off. Unlike traditional LED displays that rely on backlighting, meaning darker areas are never truly dark, OLED can produce perfect blacks and infinite contrast because the darker pixels are completely turned off.

The fact that LG’s OLED TVs don’t need to process a backlight means they now outperform most gaming monitors and boast an impressive 1ms response time. With OLED’s near-instantaneous response time and low input lag, gamers can enjoy the versatility of a gaming TV without sacrificing their competitive edge. It’s one of the many reasons why LG’s flagship gaming TV, the OLED 48-inch C1 was the most innovative product in the gaming category at CES 2021.

Made for modern gamers

When looking for a good gaming display, there’s more to consider than just response time or resolution. For example, to get the most out of a next-gen console, you might want a display that supports 4K content with a 120Hz refresh rate. An HDMI 2.1 port is essential for this, which not every monitor has, but LG’s OLED C1 has four. LG was also the first manufacturer to release a firmware upgrade for their OLED C1 and G1 series televisions that support Dolby Vision HDR in 4K at 120 Hz. Dolby Vision HDR and Dolby Vision IQ optimize picture quality based on game genre and ambient light conditions of the room using built-in light sensors. The Xbox Series X and S are the first consoles to use these technologies and Dolby Atmos.

In addition to the intelligent optimization of Dolby Atmos and Dolby Vision, OLED TVs have their own built-in AI processor that can recognize specific game genres and optimize the picture and sound accordingly. You are them too the world’s first Eyesafe-certified TV displaysthat produces low levels of blue light while maintaining optimal color performance. This allows gamers to enjoy longer gaming sessions with less eye strain – without compromising on image quality. 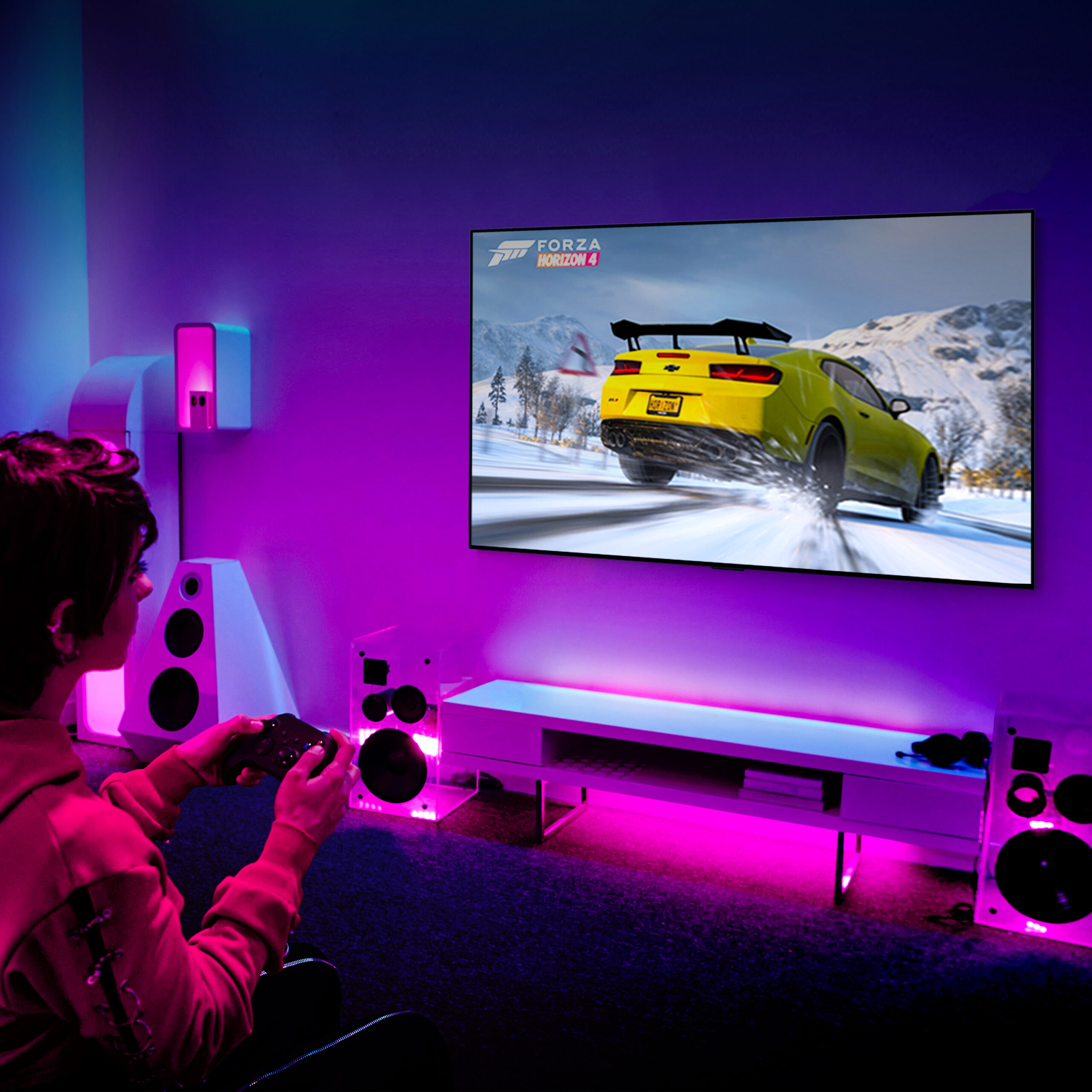 Whether you’re a hardcore PC gamer or a casual console enthusiast, the right gaming TV can go a long way in enhancing your gaming experience. A display is the window into the world of gaming, and that world just keeps getting bigger and better every year.

Gamers need displays that are not just built for gaming but can keep up with the pace of industry innovation, and the LG OLED C1 delivers just that. But if you’re considering getting your hands on an OLED TV, reading about it will only get you so far. The best way to experience an LG OLED TV is see for yourself.