The Last of Us Remake Storage Requirements; preload launches

Information on the size of The Last of Us Remake has been released. It seems that the game weighs slightly less than The Last of Us: Part II from two years ago (the aforementioned game took up 80 GB of disk space). Nonetheless, we are in for quite a bit of downloading. Luckily, we have the preload option, thanks to which we will gain a lot of time to download the game files even before the official release.

How much does The Last of Us Remake weigh? 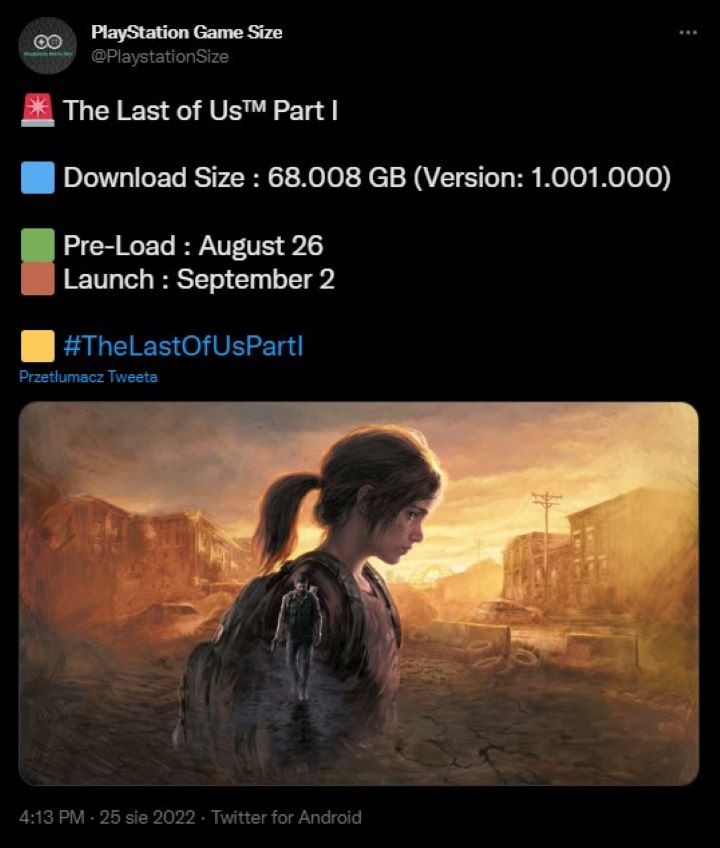 Information on the size of the game was shared on Twitter by the person running the PlayStation Game Size profile. They received the data from one of their observers, going by the handle MaxHolton97.

From the published post, we know that The Last of Us Remake weighs 68 GB. We’re talking about version 1.001.000, so further patches are sure to bump this figure up a bit, although for now it’s hard to say by how much.

In addition, the preloads have already started. So if you want to start playing as soon as the game becomes available, you can start downloading it now. That is, of course, as long as you preordered it.

The game is scheduled for release on September 2. The game will launch on PS5, but will also debut on PC at a later date. For now, however, we don’t know the game’s release date on the latter platform.