The Last of Us Remake Faces Giant Leak; Developer’s Hunt Down Videos [UPDATED]

Naughty Dog not only takes down videos, but also uploads them. A few minutes ago the studio published the launch trailer of The Last of Us: Part I (available below) – it seems to contain at least some of the scenes that were previously listed as leaked.

A few months ago Naughty Dog faced a major leak regarding The Last of Us: Part 1. At the time, screenshots from the game and information about it appeared online. It turns out that the studio once again faces the same problem. This time, however, entire cutscenes from the game surfaced on the Internet.

Cutscenes from the remake of The Last of Us have suddenly appeared on YouTube, published by the Pyros channel. For some time, users were able to watch refreshed versions of well-known cutscenes depicting key moments of the game.

The videos were, of course, removed rather quickly. However, traces of the incident remained online. A screenshot documenting the leak was published, for example, on Twitter by Naughty Dog Central. 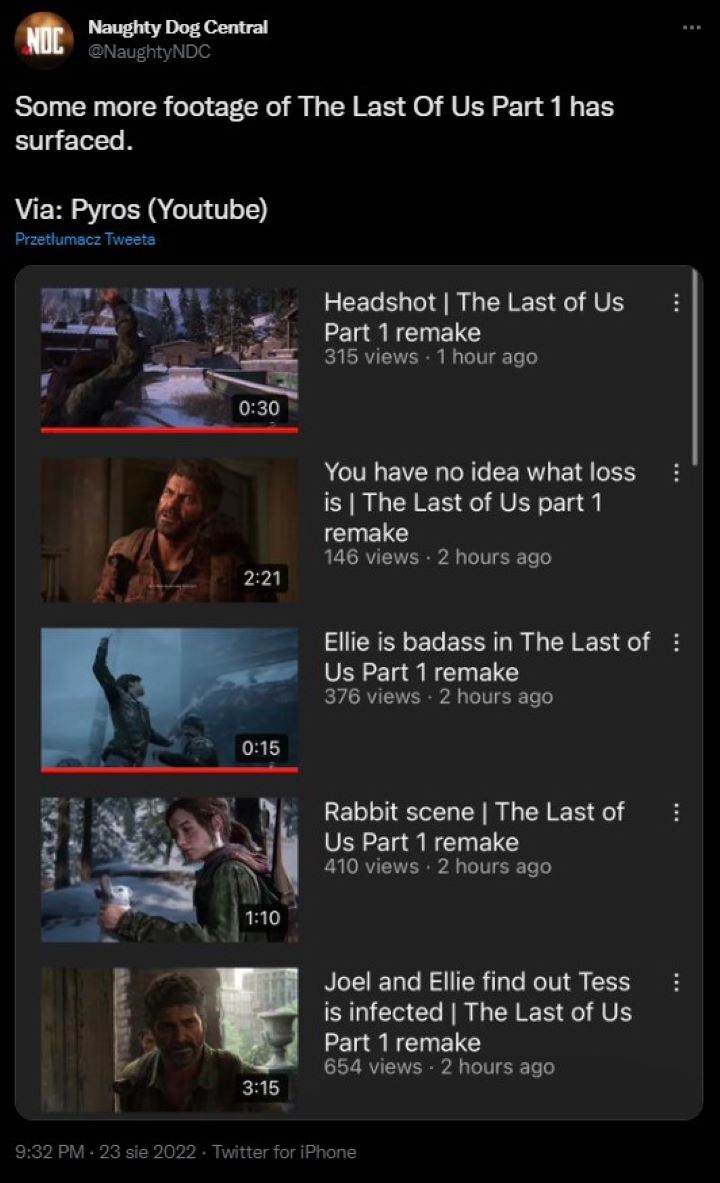 Since this user managed to watch the aforementioned videos, as well as take screenshots, perhaps someone managed to download them as well, and in time they will reappear somewhere. It is also possible that the perpetrator of the leak himself will also decide to publish them elsewhere.

For the moment, however, the materials are completely inaccessible. The fact that so many of them have appeared online, however, heralds the fact that Naughty Dog has a significant security problem within the company.

What The Last of Us Remake actually looks like, we will be able to check for ourselves in just over a week. On September 2, the game will debut on PS5. In the unspecified, but near future, the title will also come to PCs.