Last night was the much-anticipated Xbox and Bethesda Games Showcase, and man oh man, did Microsoft deliver. The event had everything from new games to extended gameplay footage of upcoming games (looking at you, Starfield) and DLC announcements.

You know your event is fire when Hideo Kojima announces his partnership with Microsoft and says that he is currently working with them to create, and we quote,” the game I’ve always wanted to make,” and the moment almost goes by unnoticed among all the rest of the content and announcements.

While there was just too much shown to include in just one post, we’ve put together this list of our personal favorite announcement trailers from the event. enjoy

Flintlock: the Siege of Dawn

Coming to Xbox Series X/S, Xbox One and Game Pass in 2023

The Last Case of Benedict Fox

Coming to Xbox and PC in November 2022

Coming to Game Pass and PC

Coming to Xbox Series X/S, Xbox One and Day One on Game Pass in 2023

Coming to Xbox Series X/S, Xbox One and Day One on Game Pass

One of the more significant announcements to have come out of the event was that Riot Games would soon be coming to Xbox Game Pass. From League of Legends, League of Legends: Wild Rift, Valorant, Legends of Runterra, and Teamfight Tactics, soon, Game Pass subscribers can enjoy the love-hate relationship some of us have been nurturing for years.

We’d also be remiss not to talk about the other games coming to PC and Xbox over the next 12 months. This handy image details the games and when they should be arriving. 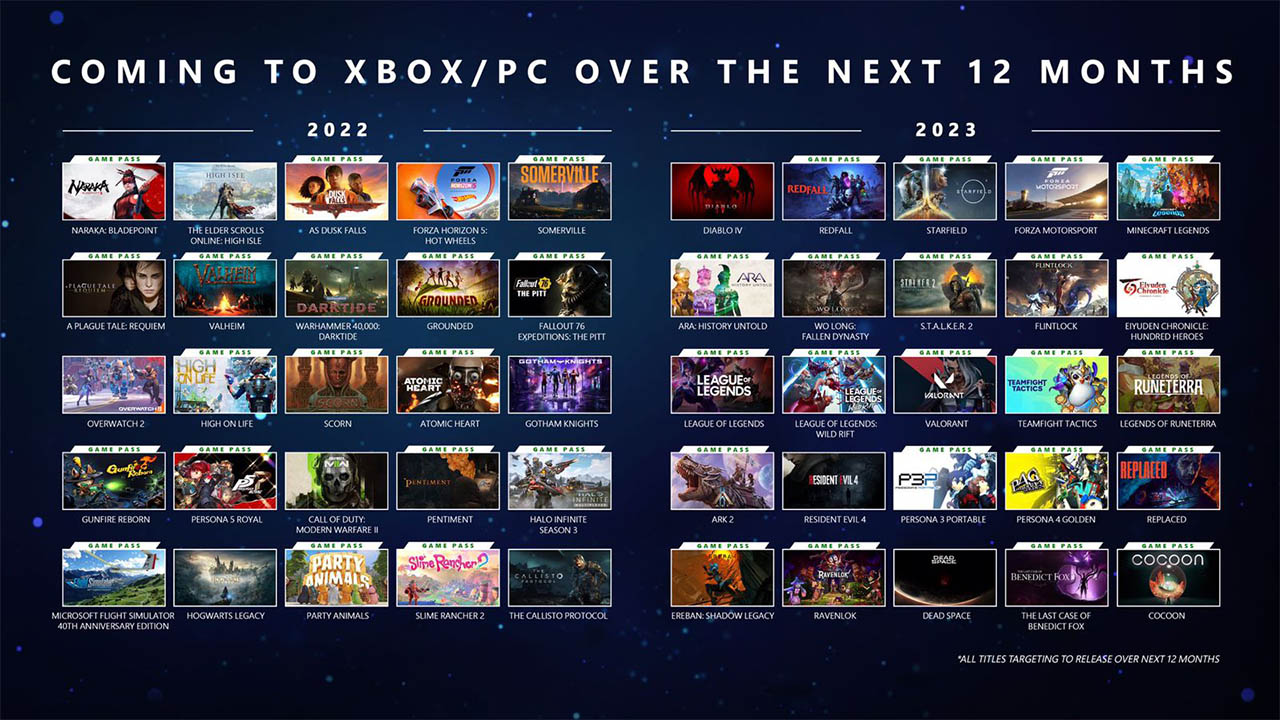 Did you tune into the Xbox and Bethesda Games Showcase? Let us know in the comments below and let us know which of the announcements you’re most excited about.