Steam deck supports already supports 80 of the 100 most popular games on Steam. This is all thanks to the Proton software, which is a kind of compatibility buffer that allows Windows games to run on Linux-based systems – in the case of Steam Deck, it’s SteamOS. The list of currently playable titles can be found on the Protondb Website.

In addition to the top 100 list, Valve’s platform also features the top ten and top thousand games. In the latter case, the compatibility situation looks really good – 75% of all titles are compatible. As for the top ten most popular games, however, we can only play four without any issues right now. Additionally, three of them are Valve games that run natively on Linux (CS: GO, Dota 2, and Team Fortress 2) – only Grand Theft Auto V. runs perfectly on the proton with a few minor modifications. There is definitely room for improvement and it would be good for Steam Deck if all of the popular games worked just fine. Among other things, we cannot play for the time being Apex legends, PUBG, New world or Halo infinite on the upcoming portable platform. 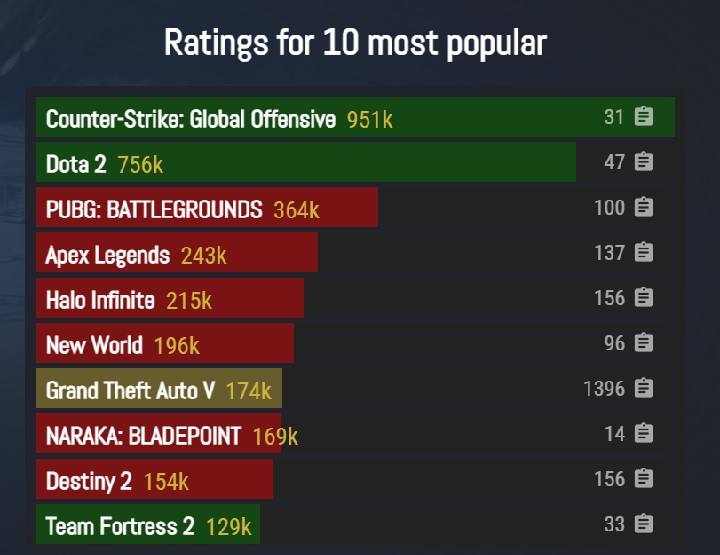 However, getting hundreds of games to work properly is still a great feat, especially considering that starting games on Linux was a lot of headache not that long ago. Now everything is simplified with a click or a few additional simple steps to get the game started.

Valve wants to increase the number of games that run on Linux, and the company’s ultimate goal is to be able to run the entire Steam library that way. These changes are primarily aimed at future Steam Deck owners. If the popularity of the portable computer is high, Valve will certainly do its best to make that plan a reality.