Skyrim on Unreal Engine 5 Made by Fan

The community (and devs) have managed to run Skyrim on pretty much everything at this point, including some very unusual “platforms”. Nevertheless the fifth Elder Scrolls still hasn’t received a major visual refresh, even after the anniversary release on 9th-gen platforms.

What a remake or remaster of the game worthy of 2022 could (or even should) look like is shown by a fan projectwhich recreates one of the locations from Skyrim on Unreal Engine 5. You can see the effect in the video posted below.

Internet user Leo “liontowers3d” Torres took on the city of Dawnstar, spending several weeks recreating the general appearance of the location. It’s a modest effort, especially since the developer was also working on other projects in the meantime.

He created Dawnstar on UE5 mainly as an exercise and performance test for a “scenery” that makes heavy use of Nanite and Lumen technologies. Most of the visible snow is a collection of 3D objects, not textures, created procedurally with the help of Blender.

The rest of the locations are a mix of ready-made assets (including from Quixel) and those prepared by liontowers3d himself. The whole thing is complemented by volumetric clouds and fog. 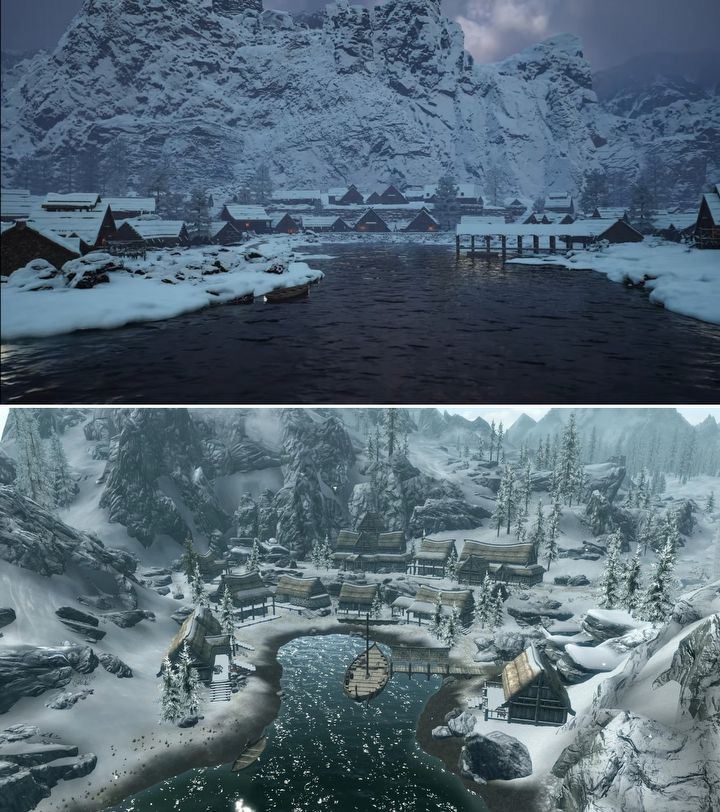 Skyrim was released 11 years ago, and its successor is still nowhere to be seen (short teaser from over four years ago is all that Bethesda has shown). So it’s hardly surprising that fans of TES – no less desperate than lovers of GTA – are trying to refresh at least part of the continent of Tamriel on their own.

Of course, it’s just an empty location without NPCs. That said, even without them, a GeForce GTX 3060 was only able to reach 40-45 frames per second on “high” graphics settings while walking through Dawnstar.

Nevertheless, the effect delighted Internet users, yet few believe that this is how TES 6 will look like at launch. Especially if the game’s cities will be built with more flair, because in this respect it is clear how many years have passed since the release of Skyrim.

Passionate about video (and other) games for years, he completed an Mba in linguistics, defending a thesis about games. He began his adventure with game pressure in 2015, writing in the newsroom, later also covering film and – oh, horror! – technology (also contributor to the gaming encyclopedia). He started with platformers, which he still dearly loves (including metroidvania), but he’s also interested in card games (including ‘analog’), brawlers, soulslike games and basically every other type of game. Don’t ask about the graphics – after a few hours of exposure, he can be delighted with pixelated characters from games that remember the days of the Game Boy age (if not older).