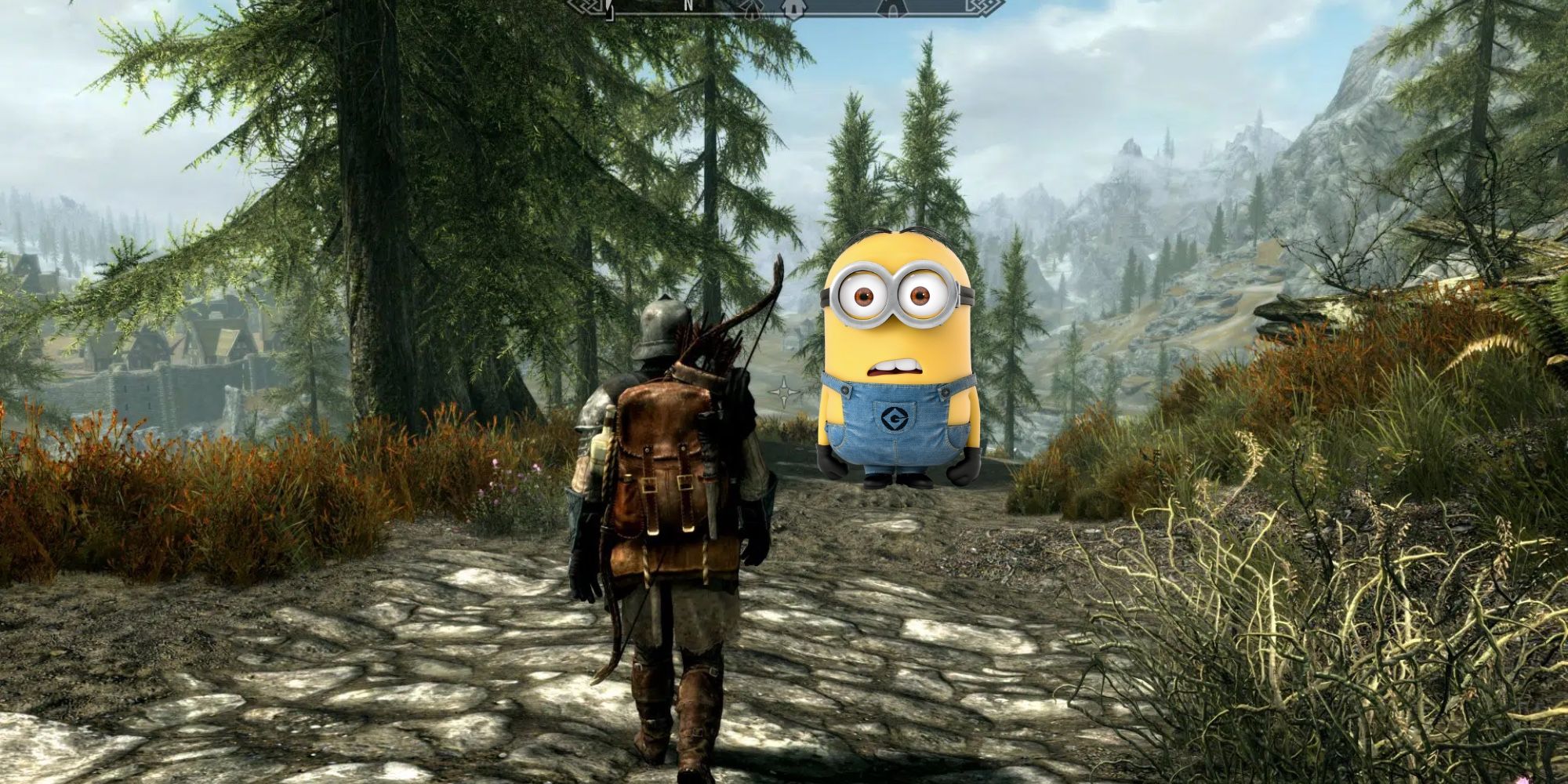 Oh mods! They are such a fun way to add new or missing features to any game, especially for titles as expansive and straightforward as Skyrim, one of the most modded games out there. However, sometimes we should ask ourselves if a mod is really needed, or if we could all live better lives without it. I think the recently released Minions mod for Skyrim is one of those instances.

That’s right, you can now place the overall-wearing yellow creatures from the Despicable Me franchise in the world of Tamriel. modders Z4K97B has released a new mod that replaces the Rieklings in Skyrim with Gru’s banana-loving buddies. You can even see the mod in action in the embedded video below by YouTuber Socucius Ergalla.

However, this mod does not include intricate lore or reasoning to go along with the substitution, nor does it alter any of the game’s sounds to be more Minion-friendly. Instead, the Rieklings you come across in the Dragonborn DLC Isle of Solstheim area simply look like giant minions.

Of course, this means that the Minions are now your enemy in the game. Now you don’t have to feel bad for finally releasing that pent-up aggression you have for them after sitting through those Despicable Me movies multiple times with your nephew…or whatever. Traumatic experience or not, it is a nice feeling to whack one of those goggle-wearing sidekicks with an ax at least once.

Still, no matter how satisfying it is to obliterate a Minion on the snowy peaks of Tamriel, this may be one of those times when we need to realize that just because we could do something doesn’t mean we should. Although, these odd mods are all part of the fun of Skyrim. After all, the Minion mod may not be the strangest, considering there are ones that make Resident Evil’s Nemesis a playable character and place Minecraft’s Enderman and zombies in Tamriel.

Actually that may be a lie, the Minion mod is by far the strangest addition to Skyrim I have seen to date.

Next: Fortnite Crew Is Finally Worth It With This Month’s Phaedra Skin

Skate Is Going Free-To-Play To Win Over Gen Z