The PS Plus free games line-up for October 2022 is here. Releasing next week on the 4th of October is the 2021 racing game Hot Wheels Unleashed, the minimalist first-person shooter (FPS) Superhot, and lastly, jump into the DC world with Injustice 2. 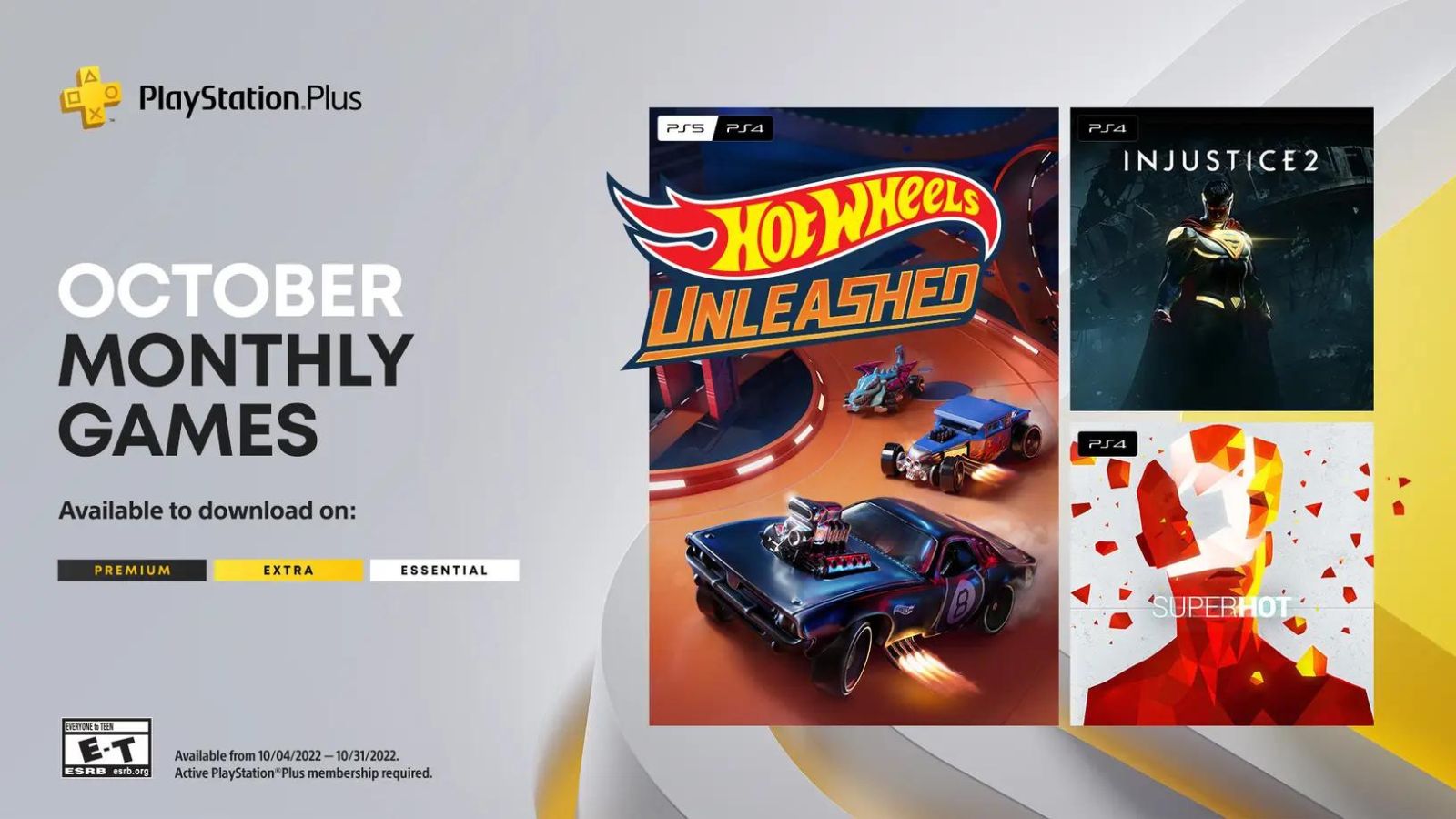 Hot Wheels Unleashed is a racing game played in the third person. Players control vehicles from the Hot Wheels franchise and race against other opponents in miniature tracks set in various everyday locations and environments, such as garages, kitchens, and bedrooms. There are over 66 different vehicles to choose from with a range of customization options, the game also features a Career Mode, Time Trials, and a Track Editor. Hot Wheels Unleashed supports up to 12 players in an online session, but a player can also play against another player in split-screen local multiplayer mode.

Superhot is an independent FPS video game developed and published by Superhot Team. The game follows traditional FPS mechanics in which the player attempts to take out enemy targets with guns and other weapons, but in-game time progresses at a normal speed only when the player is in motion. This creates an opportunity for the player to assess the situation in slow motion and react appropriately, making gameplay like other strategy video games.

And lastly, Injustice 2 is a fighting game that pits you against characters from the DC Universe and other third-party franchises in one-on-one combat. Players must perform basic attacks, special moves, and combos to damage and defeat opposing fighters using various combinations of directional inputs and button presses. Injustice 2 retains numerous gameplay mechanics from Injustice: Gods Among Us, including environment interaction, stage transitions, clashes, and character traits.

As a reminder, these games will be available to all PlayStation Plus subscribers across the Essential, Extra, and Premium tiers. Stay tuned to NAG to hear about other free upcoming games for October.

India to take part in CSGO