2022 brought with it the de facto legalization of cryptocurrencies in subsequent countries. Despite this, interest in virtual coins has clearly waned in recent months. In part, this is due to various controversies, including the theft of funds and projects of questionable reliability related to the blockchain technology, which have also discouraged some developers.

The ever-growing list of scandals with NFT in the background gained a new entry – Untamed Islanda title that combines an MMORPG with Pokemonwhose developers have suspended work on the game. The reason is, how else, crypto.

The project was funded a year ago thanks to a fundraiser on kickstarters, in which the developers collected more than $840,000 New Zealand dollars. However, on August 11, studio Phat Loot “regretfully” informed – without beating around the bush – that it had run out of funds.

Although the same Untamed Island was to be created based on the “game first, crypto later” formula, the developers were heavily involved in the cryptocurrency market. The weakening position of virtual coins, combined with the deteriorating global economic situation and “many obstacles” quickly depleted what funds Phat Loot had. Therefore, the team decided to stop the work until everything returns to normal:

“We leaned into the crypto market and expanded rapidly off the back of the positive interest. When the crash came, we ended up heavily exposed with too short of a runway. The game remains game-first, crypto-second in design, but crypto funds have become, and remain, essential in getting us to the release.Unlike many of the projects that have founded in the storm, we actually have a great game design that could stand on its own two feet.But until the crypto situation is resolved – and we’re confident it will be at some stage – then we have to hibernate development on this project.”

Problems with game development are nothing new, and usually at least some players show understanding for the developers’ situation. However, in this case the reaction of Untamed Isles Kickstarter pledgers was unanimous outrage and a demand for a refund. Players read the developer’s announcement as an admission that their donations were spent not on game, but on cryptocurrency investments. 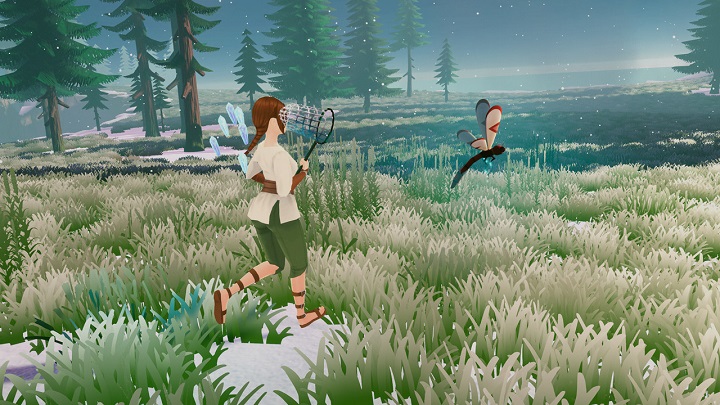 The pursuit of the cryptocurrency golden dream has not paid off for the creators of Untamed Isles.

The developers were also not helped by the streams on Twitter other YouTube. The stream mentioned, among other things, only 50 pre-orders against the expected 2-3 thousand, but also raised the issue of refunds. Unfortunately, while “pre-orderers” are lucky, individual participants in the collection have no hope of recovering their funds. The creators, with endearing honesty, cite “empty reserves” as the reason. In other words: lack of money.

Moreover, during the stream as the beginning of their problems they cited… a video shared by youtuber MMOByte in July. The internet user had previously encouraged support for Untamed Islesbut last month recognized it as a mistake and spoke out strongly against such projects.

However, while the reaction of a – by all accounts – niche influencer may have escaped the attention of many, the same cannot be said of Wolfe “Wolfey” Glick’s post. One of the most recognizable professional Pokémon players and the 2016 World Champion had been involved in work on Untamed Isle for months.

On his advice, Phat Loot was to withdraw from the implementation of NFT in favor of an optional market service, as Glick mentioned in a post on Twitterdated August 5. The tweet was most likely referred to by Joshua Grant – the studio’s president – when he, during a live broadcast blamed Glick for causing the withdrawal of support for Untamed Isles by a number of influencers and companies that were to prepare materials for the game.

Glick has yet to comment on the suspension of work on Untamed Isles. In part, this may be due to preparations for this year’s recently launched World Series Championships in Pokemon (although they were not of much use). 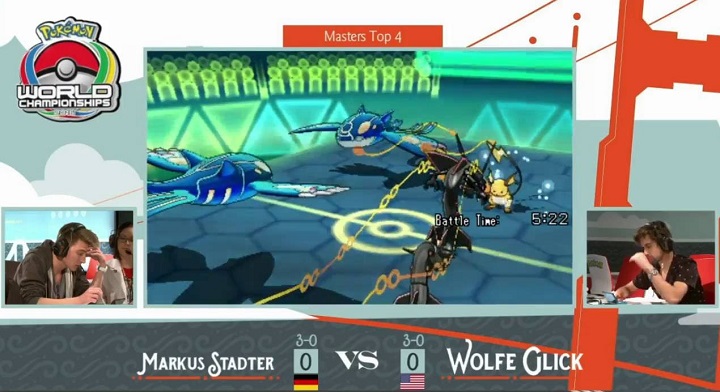 Wolfe had less luck at this year’s championship (and with Untamed Isles) than in 2016. (A frame from the broadcast of the 2016 Pokemon World Championships semifinals on YouTube).

Greed and pursuit of fads

In theory, the fate of Untamed Isles is not a foregone conclusion. As mentioned, officially the creators are waiting for the situation on the cryptocurrency market to stabilize and in the meantime are supposed to be “rethinking their approach.”

Nevertheless, it would take a truly great optimist to believe in the success of the project after such – to call a spade a spade – a spectacular image failure. Suffice it to glance at the reactions of players, which are well represented by a comment by user KUNG Flu Russel on Steam:

“So you got greedy, reallocated all funds to a speculative market and then proceeded to crash and burn all the money up with it- all for what? So you could chase the NFT fad?

You’re completely irresponsible at the very least and at worst you’re a scammer.”

Even if, by some miracle, Phat Loot managed to recover and even complete Untamed Isles, the team is unlikely to regain the trust of players again. And if the devs fail to get out of trouble… well, they will join the long list of evidence that blockchain games are a breeding ground for scammers.