After the introduction of patch 1.6 to Cyberpunk 2077 and the release of Edgerunners CD Projekt RED’s game is played again by hundreds of thousands of players. The increase in popularity has also translated into better sales. This is certainly not the swan song of cyberpunkas further successes can be expected with the release of the story expansion Phantom Liberty.

Unfortunately, this is supposed to be the only such DLC, and this news displeased the fans so much that they decided to come out with a Petition to the developers to create a second story DLC in the futureas originally promised.

Petition for second DLC for Cyberpunk 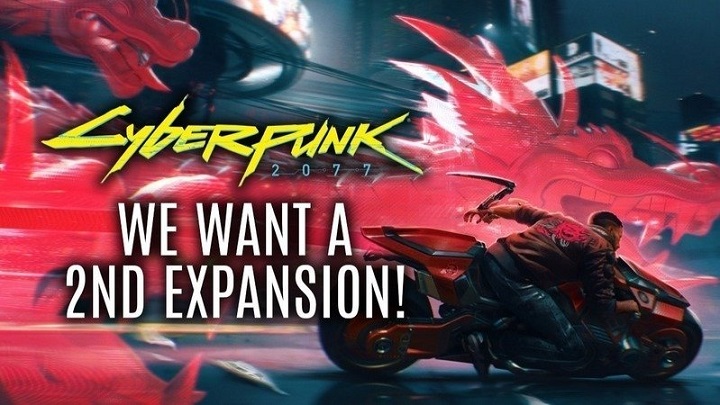 Source: Petition for a second DLC for Cyberpunk

In the past, CD Projekt RED had promised more than one story DLC for the game, but due to technical problems, cyberpunk developers decided to focus on patching the game. Many players have complained about the insufficient length of the main story line, but fortunately, we will receive an expansion that should introduce quite a few hours of additional fun.

For many players, however, a single DLC is not enough, so a petition has been created to create a second story expansion. At the time of writing, more than 8,100 out of the 10,000 required signatures have been collected. You can find the petition here.

“Thanks to the success of Cyberpunk Edgerunners, Cyberpunk 2077 has seen a revival and CD Projekt RED needs to act fast to keep the game alive. We want and deserve long-term support for the game we cheer for and love!”

The aforementioned petition is not the only way to draw CD Projekt RED’s attention to the problem the game community has with the decision to create only one expansion. A thread with the hashtag #CyberpunkDeservesBetter was started on Reddit, which, via a short video, also makes it clear that players are demanding a second story expansion. The thread already has more than 13,000 likes.

CD Projekt RED has repeatedly been recognized as a studio that listens to gamers, so perhaps this kind of action by the community will prove successful, especially since there is huge potential in Night City, and quite a few threads raised in the storyline can be expanded .

Everything You Need To Know About Final Fantasy XIV

The Best Side Characters In Shadows Over Loathing