Back in 2018 I had the opportunity to review both the Robot kit and then later the Toy-Con 03 Vehicle Kit for another local site (those reviews still live somewhere on the world wide web if you want to search them out). I had a blast with both kits, they were ingenious – combining programming and design and building in an astonishingly clever way. And back then I even managed to get the whole family involved in the process and they immensely enjoyed it too. However, somehow, now nearly four years have passed! And I still had the huge brown and orange cardboard backpack stored precariously above a bedroom cupboard. Not to mention a bunch of smaller pieces including an ingeniously-designed pedal, a steering wheel and even an aircraft joystick, all gathering dust and taking up much-needed space in our small home. And so, during an imposed mid-year spring clean, we finally decided it was time to do something about our LABO creations… 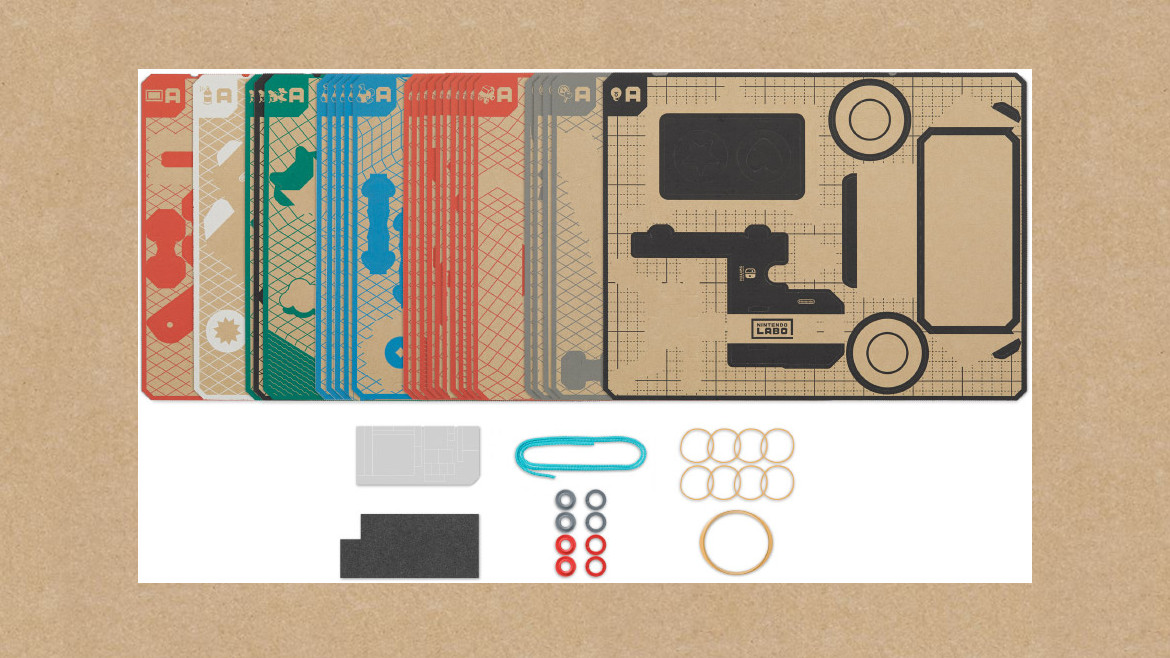 To chuck or not to chuck…

At first, my wife suggested that all we could do is tear everything up into small pieces and send the mounds and mounds (and mounds) of cardboard off to be recycled.

I sighed and shifted uneasily…

You see, I’m being a bit of a collector and I couldn’t quite bear the idea of ​​just destroying it.

I decided I needed to take the time to at least try to dismantle everything… to somehow save it all.

And that’s what I’ve been up to over the last few nights. Piece by piece, fold by fold I’ve been slowly taking my LABO creations apart and have actually managed to squash them back into the original packaging. Of course, it hasn’t been 100% successful; A few tears (the paper kind) here and there and worn-out elastic bands, mean it will take a monumental effort. But, it does bring me some satisfaction that there should be enough of a will – a rebuild is now theoretically possible.

And I actually found the whole process quite cathartic.

Who knew bits of cardboard could do this?

As I untangled some of the string and painstakingly tried to figure out how to best disconnect, slide apart or otherwise outmanoeuvre what seemed like thousands of tiny folds of cardboard I was reminded of just how astounding these little creations are. I know from the outside it really seems to be just a simple (and therefore wildly expensive) toy for kids made of thick bits of paper. And while that is kind of true, it also obscures how intricately and staggeringly well-arranged each object is and what fun they are to build and then even use…

I had a backpack that contained folded compartments that held a series of weighted levers. A joystick with full 360-degree motion AND a clickable trigger. A tiny postbox-sized box that housed a mechanism featuring functioning gears that turned and mimicked a delicate claw machine. And even a steering wheel that allowed me to (clumsily) direct Mario around in his kart… And everything was made almost exclusively of cardboard-like some giant origami superstructures – it’s really quite AMAZING! 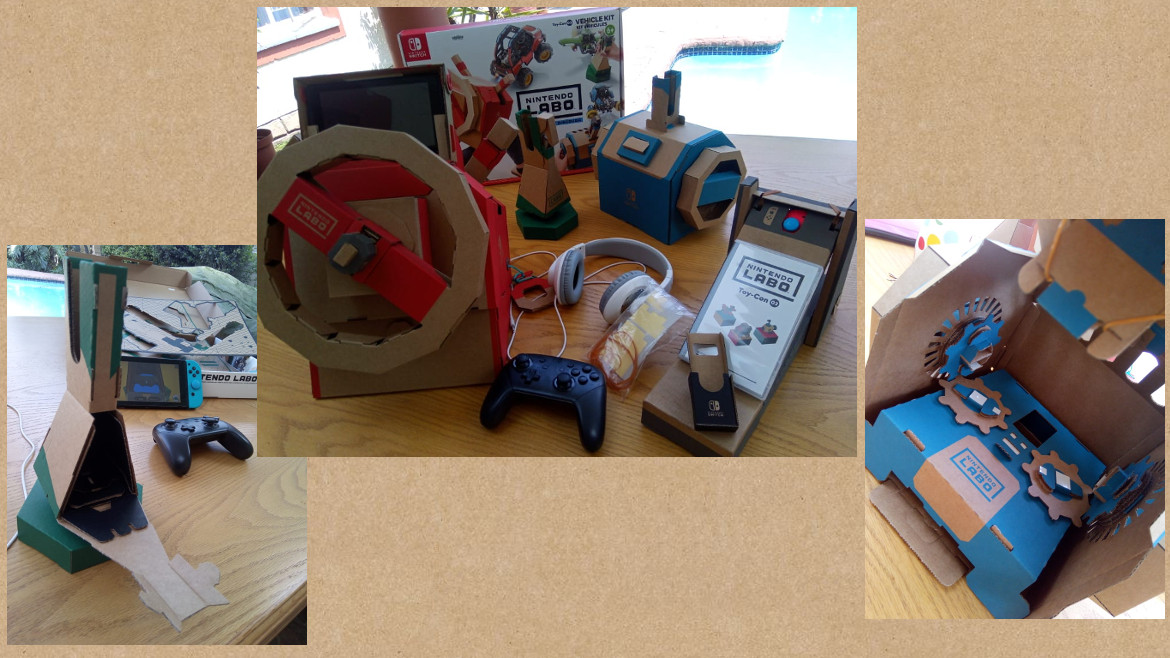 And as I finished pulling them all apart and looked down at a simple pile of what looked like brown bits of leftover stationery some pre-schoolers discarded after a madcap arts and crafts project, I couldn’t help but feel a little sad. Not only because I had now dismantled it all, but also mostly because I knew that so few had had the opportunity to try this fun experiment out as I did, and due to the lack of financial success LABO (and the current quite prohibitive costs) likely few ever would.

However, I like to think of myself as a glass-half-full kind of person and snapped out of it and my admiration quickly returned and as I pack the two big boxes now filled with what was, I couldn’t help but realize this is definitely the kind of creative, unexpected and often quite crazy product that has become synonymous with Nintendo over several decades and probably the biggest reason why I like them as much as I do.

Who knew a bunch of cardboard could do all that!