Console fans of FIFA 23 have disabled crossplay features to avoid PC cheaters who didn’t care about EA Sports’ new “effective” security feature. Their example may be followed by Overwatch 2 players on consoles, only they do (not) want to play not so much with cheaters, but with PC players in general.

The issue that raises lively discussions (vide Reddit) rose back in the days of the first Overwatch. When the game received crossplay features in mid-2021, Blizzard made a controversial decision: aim assist on consoles would not be enabled when playing together with PC users.

Already at that time, many people were against such a solution, but the discussions resurfaced when it turned out that the Overwatch 2 also won’t include targeting support on console controllers in matches against PC players.

While in the case of the aforementioned cheaters in FIFA 23 players are in complete agreement, the issue of aim assist (AA for short) in OW2 has divided the Internet users. Critics point out that Crossplay between PC and consoles does not include Rivalry mode.

So, according to these people, turning off AA is pointless, because it doesn’t affect players competing for ranks. Quick Play is a mode for those looking for less stressful, more “laid-back” gameplay, and aim assist wouldn’t change much here. 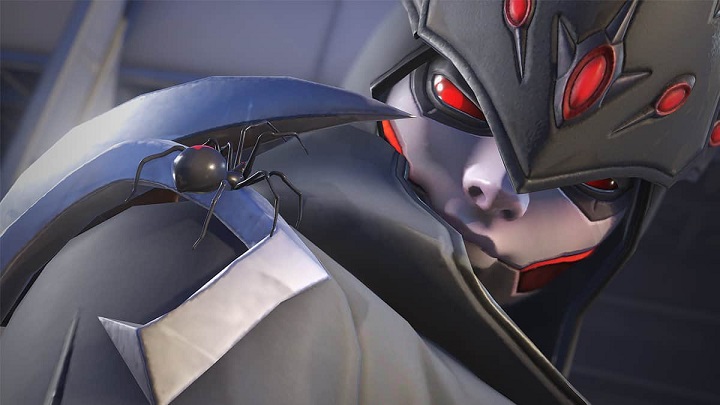 The clash between console players without (or even with) aim assist and PC based Widowmaker is very one-sided, according to the fans.

In addition, Internet users argue that AA in Overwatch 2 is not as effective as in titles like Apex Legends or Halo Infinite. As a result, it only levels the playing field between gamepad and mouse users. For the latter have an advantage thanks to the more precise “rodent” controller, which effectively spoils the pleasure of joint sessions with friends on PC and consoles.

It is precisely the two titles mentioned (as well as, among others, Fortnite) that are cited by opponents of AA in cross-play. In these titles, the console controller is said to give an outright unfair advantage.. The proof is to be various stats.

When Apex Legends allowed for the use of aim assist on PC, the PC rankings were suddenly dominated by console gamepad users (via @JENNIFER79737685 on Twitter). In contrast, in Fortnite Complaints about AA were so widespread that the feature was significantly nerfed- even too much, at least according to some players.

Players reluctant to aim assist do not accept also the argument with Quick Play. Yes, it’s not a ranked mode, but that doesn’t mean no one plays seriously here. For many, it is primarily a less stressful alternative to Ranked mode, without the need to worry about losing rank, but played almost as seriously as Rivalry.

Console isolation or migration to “rodents”?

As you can see, gamers are far from agreeing on the aim assist feature, not to mention the ways to solve this “problem.”

Some suggest that console players should be allowed to plug in their mouse and keyboard and match them with PC players based on these peripherals. Others simply demand the inclusion of AA in cross-play with PC, since, as mentioned, the Rivalry mode does not connect PC and console players anyway.

For now, the only “solution” is… to block crossplay with PC. In the settings you will find an option, after which the game will automatically remove those playing on PCs from the team.

Of course, this changes nothing about playing together with crossplatform friends, which for many people is the main reason for complaining. Unfortunately, there is nothing to announce that Blizzard will reverse its decision regarding aim assist in Overwatch 2.

Fortnite x BLVCK Paris collab: All You Need To Know