In the future we can expect more games from EA. In addition, NVIDIA is working to improve network connectivity and increase the number of devices compatible with the cloud service. At CES, the company announced that GeForce NOW is integrated into Samsung Smart TVs. This is expected to be the case in the first half of this year. Last month, the GeForce NOW beta became available for LG 2021 WebOS Smart TVs.

Back to the gamesBF4 and BFV have joined the already strong group of online shooters available on the platform. Another title from this genre will be added to the library in a week, namely Tom Clancy’s Rainbow Six Extraction. Below are brief descriptions of this week’s two new releases as well as two great online shooters that have been available on GeForce NOW for a while. We think revolt and Tom Clancy’s Rainbow Six: Victories deserve to be mentioned. 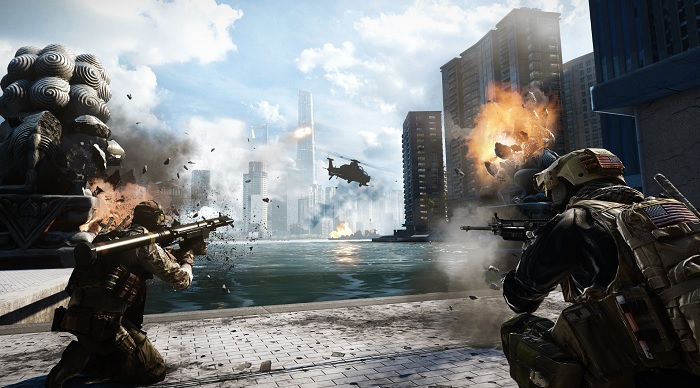 At the time, destruction was the hallmark of Battlefield. It also had stunning graphics and a physics engine that had a real impact on the gameplay.

After the well-received third installment, players got the next installment in EA Dice’s online shooter series in 2013. Despite initial technical problems Part four should be treated as a successful game that is still played today. Now also vis GeForce NOW. The cloud platform contains the premium edition of the game (Steam and Origin).

Once again the game is set in modern times. This time the People’s Republic of China, where most of the single player campaign takes place. BF4 but is primarily a multiplayer game with huge maps that allows a large number of players to fight all kinds of vehicles at the same time, not only Land vehicles. As for multiplayer, after the lack of Commander mode in BF3 it makes it back now. The commander plans the squad’s actions and allocates resources. The interesting thing is that he can do this from a mobile device and we don’t mean a laptop but a tablet.

As usual, players can choose from different factions and character classes. The choice of the latter should be carefully considered. Each specialization gives access to new “toys”. For example, with the equipment of an engineer, you can effectively neutralize enemy vehicles. However, this does not mean that no one else can do it. In this part, the classes are much more flexible. There are many ways to adapt them to your own preferences. The aforementioned engineer can also be a horror to infantry soldiers. 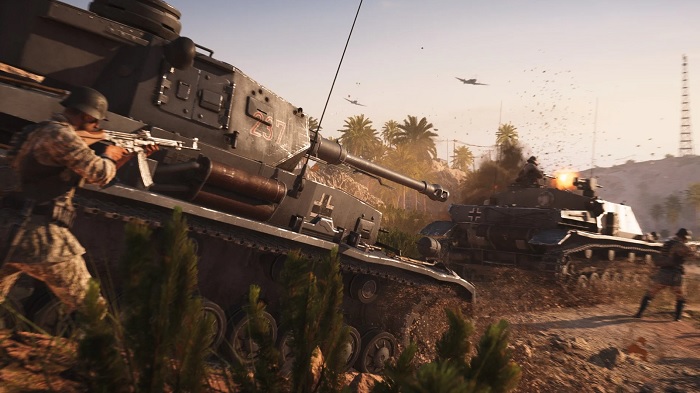 For BFV, the developer waived the publication of paid DLCs. All extensions are free. The only things you can pay extra for are cosmetics.

Part 5 was published more than five years after Part 4. In the meantime, however, there were others Battlefield Games, namely Hardline and Battlefield 1, that took players back to the Great War era. The action of BFV is employed during the Second World War. In addition to the online mode, there is also a single player campaign and a battle royale mode. However, we will only focus on the first one.

The multiplayer mode offers many different variations. The operations are undoubtedly the most spectacular. Multi-stage battles require the achievement of different objectives on multiple maps. This gives the player the feeling that they are actually participating in something big.. Those who are used to Battlefield The Games will be surprised to learn that this time around they are also constructing buildings, including fortifications. All of this has been enriched with beautiful pictures. That said, you need a fairly solid PC to run the game smoothly. All the better that the game is now available in the GeForce NOW library. Battlefield V is available there in the definitive version. Anyone who bought it on Steam or Origin can play it. 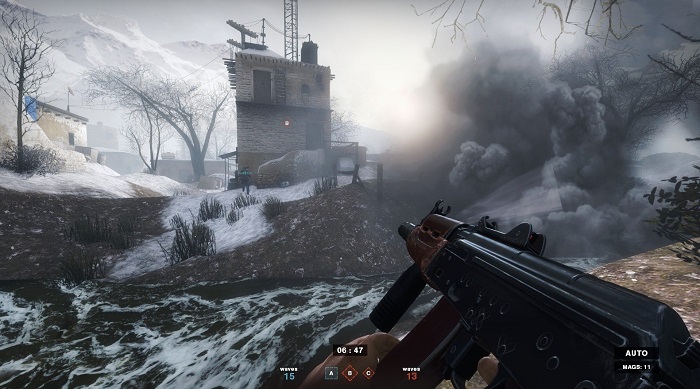 The maximum number of players per card is twice as low as in the Battlefield games. Only 32 players can play at the same time in Insurgency.

Probably not many people have heard of this game, which is a huge loss. revolt received high scores from the reviewers and was warmly welcomed by the players themselves. However, it is not a game for everyone. The “Rush B” strategy does not work here. The gameplay requires composure, good planning, and close collaboration.

The developers at New World Interactive did Emphasis on realism.. A bullet, and not necessarily in the head, can eliminate the opponent, but also the player. Respawns take a lot longer here than in games like call of Duty. Compared to the popular cod Weapons in revolt also have more recoil. Not only that, even if there is no shooting, the crosshairs “float” a little. Hip shots are less accurate and you can all but forget about using the “no scope” technique.

Aside from the Steam version of revolt GeForce NOW library also includesUprising: sandstorm. Just like in the first part, there is room for both cooperative missions and a traditional multiplayer mode with multiple game options. Sandstorm offers a much better look than the original. The newer game uses the Unreal Engine 4. 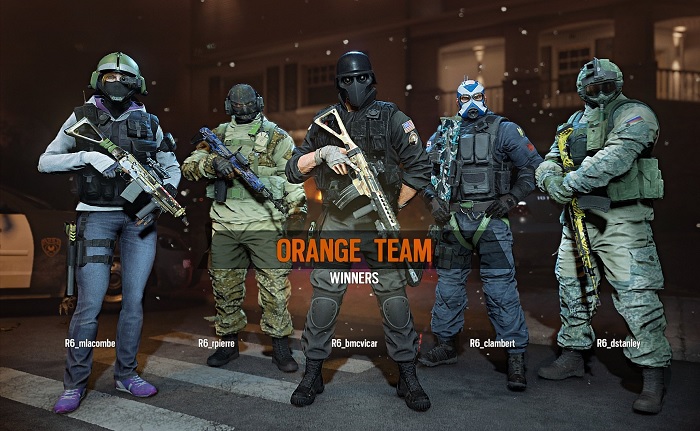 If your team is mostly made up of your friends, you are sure to have a lot of fun.

Rainbow Six: Siege succeeded in combining two seemingly mutually exclusive elements. These are tactical approach and dynamic action. The gameplay here takes place on rather small maps, with a team of several players having the task of leading the attack on the place in which the second team has to barricade itself as well as possible and repel the attack.

Everything starts with the preparation phase. Defenders build defenses and build shields, while attackers determine the position of the enemy and look for weak spots. Then dynamic gameplay ensures many emotional moments. Among the more interesting mechanics we should mention Destruction of the environment, especially of walls and floors. Enemies located on the first floor of the building can literally fall on your head from the second floor. Operators are also a strength of production. Each of them have different skills, weapons, and abilities. This is similar to unique character classes.

How To Fight In Deadcraft