Yesterday, Minecraft Java version received another snapshot, which, similarly to previous one, surprised the players. This time it’s not about a new mob, but an item – Recovery Compass. Players are happy with this novelty and it will certainly become the attribute of a traveler.

What’s so special about the compass?

Here’s the thing: so far the markings of places of death in Minecraft were only visible thanks to mods.. This will change now – the compass will make expeditions much easier for those who tend to end their escapades before returning home or reaching their destination. 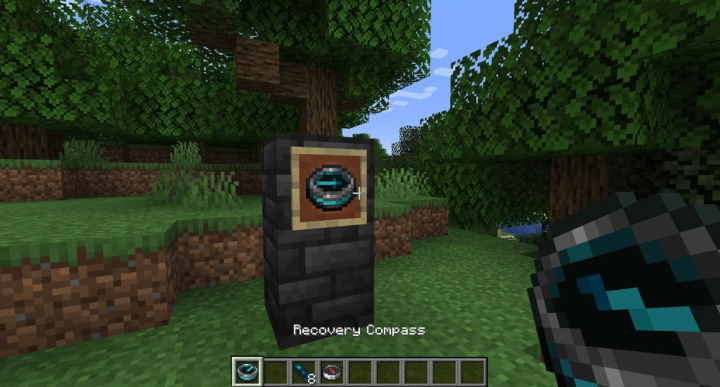 This is how the compass looks in the game. Source: Minecraft Wiki

In the description of snapshot 22w14a we can find a number of information about the new item.

It’s worth noting that the regular compass, which was available in the game so far, indicated the player’s starting point on the map. It was possible to change it with the use of commands, but it was still not very helpful.

Nice item, but not for hardcore fans

The community reacted very positively to the news of the new item. Also, the snapshot itself was received quite warmly.

Of course, there are some Minecraft players who don’t enjoy watching the death screen over and over again and the new compass is of no value to them.

“The recovery compass will be good to have on hand if you travel a lot! And hopefully Soul Shards will have more than just one property. Because lately there have been a lot of items with barely two recipes, like goat horn and amethyst,” wrote Scrazad

“I have already lost many items just by getting lost along the way to recover them. Recovery Compass is a blessing to me,” wrote kinokomushroom

Lots of new features in the snapshot

Of course, Minecraft is more than just the new compass, and the new update also brough other improvements and changes.

In addition, quite a few bugs have been fixed. If you would like to read the entire description of snapshot 22w14a you can do so on the official website of Minecraft.

Everything You Need To Know About Evokers In Minecraft