It’s not every day that you come across a gaming notebook that features its own built-in light sabre; and if that is not your sort of thing, don’t worry, we’ll cover stealth mode later.

I’m just going to say it, I’m a huge RGB fan; I want all the colors in my face all the time. I probably have something you can define with a few letters but I know I’m not alone in my love for colorful things, especially tech. Fortunately, MSI agrees, the Raider GE76 12UGS is one of the latest Intel 12th Gen notebooks from the company with a fully kitted out spec sheet and some pretty impressive lighting features by way of a lighting bar which I have dubbed…. The Sabre. Now say that in your deepest movie trailer voice and you get the full effect.

While RGB on notebooks is nothing new and it’s not the first time that MSI has put a lightbar on a Raider but with the latest tech refresh, it was time to get hands-on. The Raider series from MSI is focused on performance so features bigger copper heat pipes and cooling inside to dissipate the heat but it’s not as big as the Titan series, the model with which MSI pulls out all the stops. Even so, equipped with a large 17.3-inch IPS display, this MSI Raider GE76 12UGS is still a very portable notebook. Let me also wax some lyrical truths here while we’re on the topic, the days of debating notebooks versus desktop computers are long gone, it’s now just a matter of preference rather than performance alone.

For those of us that prefer notebooks, the MSI Raider GE76 12UGS packs a pretty big punch. We’ve written a lot about how impressive Intel’s 12th generation processors are and how it’s perfectly suited for notebook use. The performance and efficiency cores kick in independently, giving you all-out performance when plugged in, and using much lower power when on battery thanks to the power-efficient cores by the same name. This model has the Intel Core i7-12700H processor which is the sweet spot for notebooks in my opinion.

There’s also 32GB of gorgeous DDR5 RAM and 1TB of NVME storage to make sure everything else runs as efficiently as possible with Intel’s architecture. Of course, I added a second 1TB NVME drive to store all the video files and games. 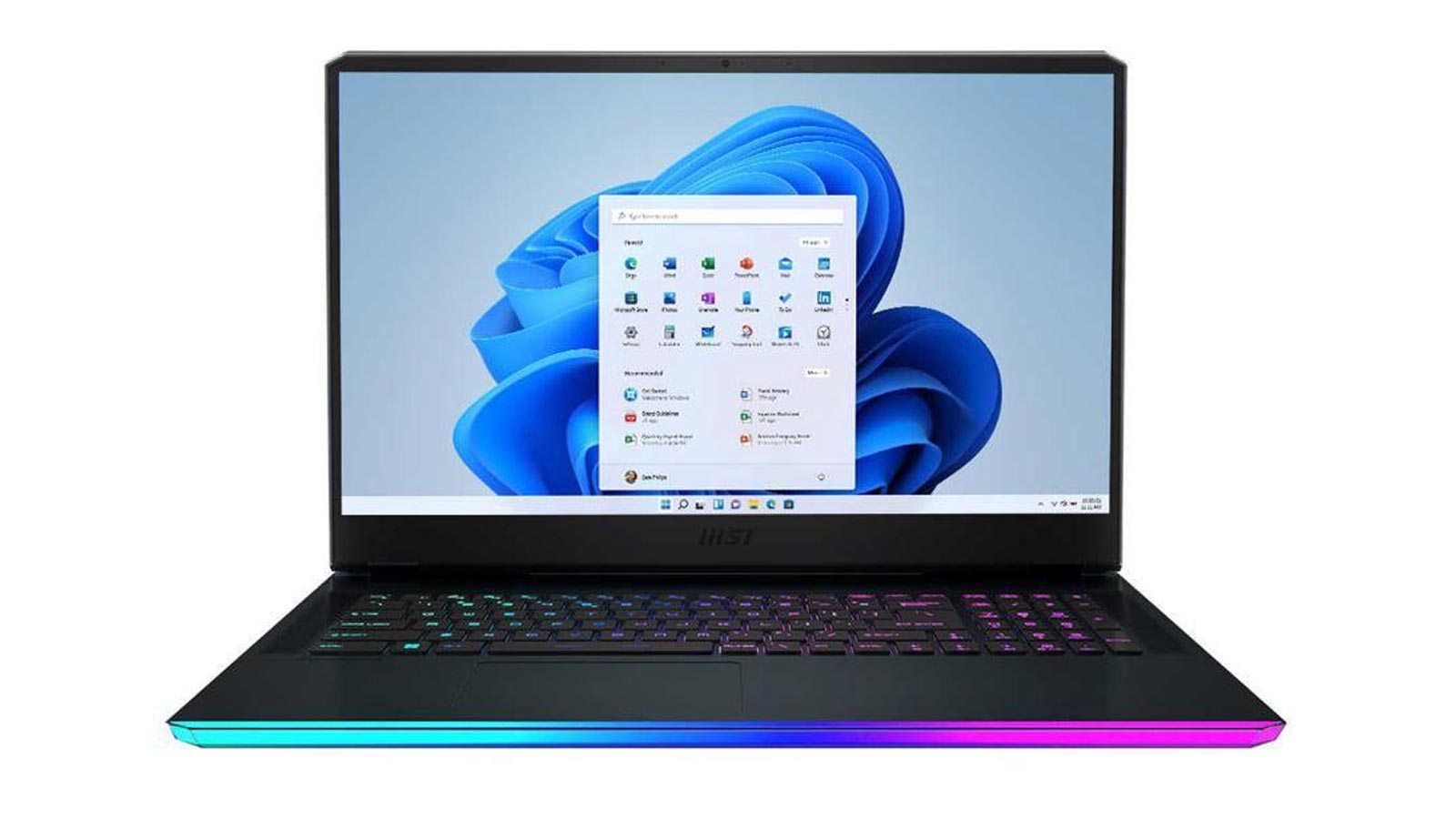 Then, completing the core hardware set, an NVIDIA GeForce RTX 3070Ti which may not perform as well as its desktop counterpart but still runs like a dream when throwing games like Cyberpunk 2077 at it.

Depending on the model you choose, you can opt for higher resolution or faster refresh rates. This model has a 360Hz screen with a resolution of 1920 x 1080 but I do think a higher resolution model would be better if you’ll use your Raider for graphic design and video editing too. The extra pixels will come in handy on this big screen. That is not saying that this screen is any less impressive though, at 360Hz the high refresh rate in some games makes for super smooth gaming.

Powering all of this juicy tech is a 280w power adapter and a 99.9Whr battery. Plugged in, you’ll be able to run the MSI Raider GE76 12UGS at full throttle. Cranking up the resolution in a game, or enabling ray tracing will spin the fans up to a noisy but very acceptable level and if you want to send even more fresh air over the copper you can enable the turbo mode that doubles the fan speed to about 7200 rpm.

One of the features that impressed me most about the MSI Raider GE76 12UGS is the audio quality from the built-in speakers. There are two 1w speakers and two, 2w woofers. The speakers are situated on either side of the keyboard and there is a second set blasting out toward the side. Most of my casual gaming is played without headphones and the audio is clear enough to hear the enemy approach. When I get more serious about things, I crank up the fan speed and put on my headphones, these fans do mean business.

In terms of temperatures, gaming notebooks run noticeably hotter than desktops, for obvious reasons, but the MSI Raider GE76 12UGS seems to do a very good job of moving the air and keeping the CPU and GPU cool. Under the heaviest load, this machine seems to peak at around 92 degrees celsius which is well within the tolerance ranges we’d expect. As you’d expect, the hot air that vents out the back and sides of the notebook can get toasty but the air does not blow onto you as it’s all directed away from you and the position of your hands on a mouse. 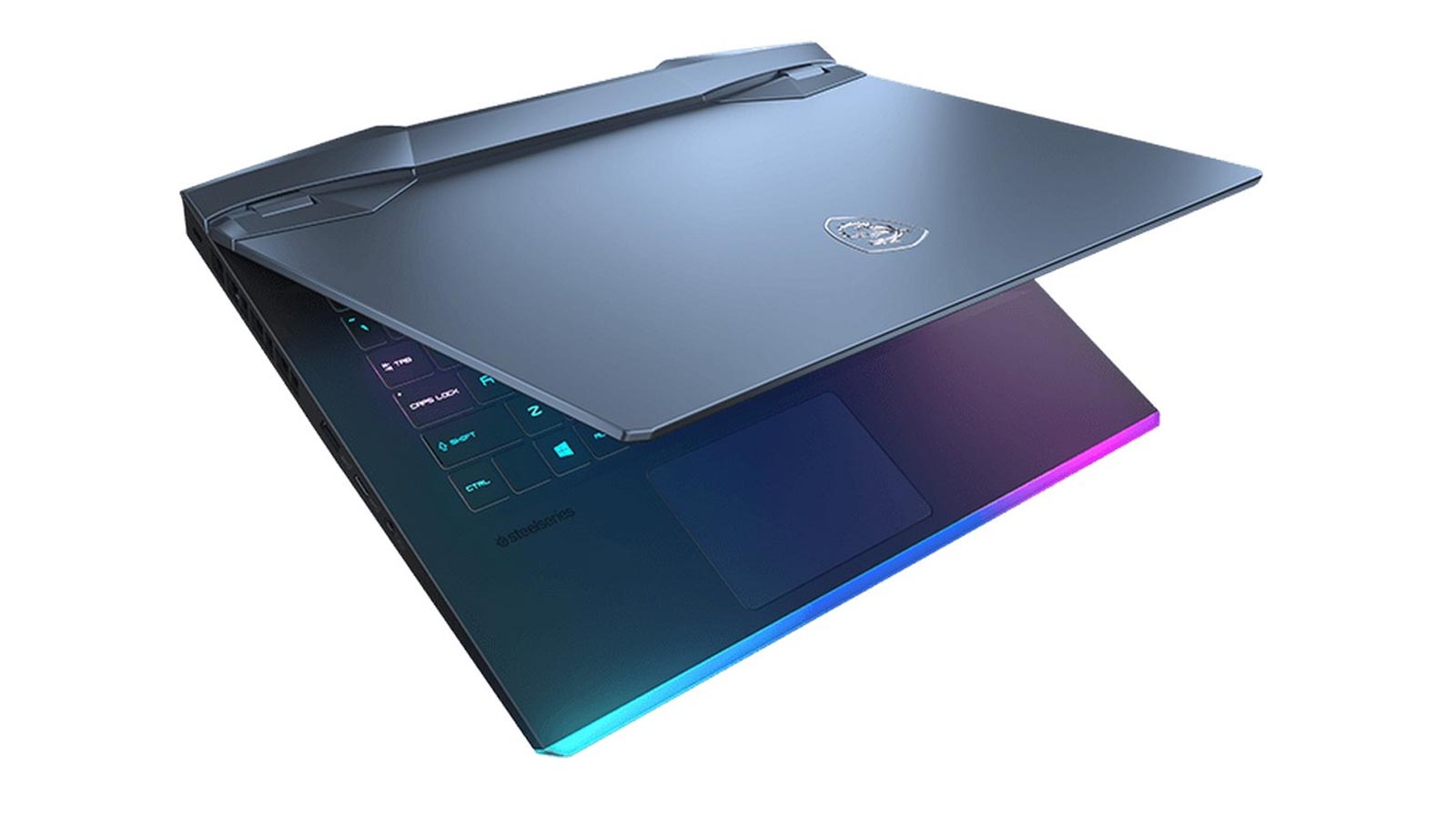 I also liked the layout of the I/O ports here, power, networking and the display ports are all at the back while the ports you actually want access to regularly, are on either side of the notebook where you’d expect. You’ll find the usual fair of ports you’d expect to find but I loved that they kept an SD card reader on the right side, it’s a lifesaver.

The touchpad is fine and works when you need to get things done but to be honest, if you’re not rocking a wireless gaming mouse with this machine, what are you doing with your life? But let’s get to what really matters here, the performance. For both gamers and content creators who want a top-end workhorse that plays just as hard, this machine delivers on the goods.

In my video production workflow, this machine shattered the previous rendering records by nearly halving the rendering times per episode that we produce, compared to the previous machine I used. As to be expected, this also meant that rendering and scrubbing through animations render very smoothly. This machine offers plenty of bandwidth to get your creative work done and play the latest games without much effort.

If streaming is your thing, you’ll be able to easily game and stream without any hiccups. There is enough power to manage OBS, a few plugins and your game without effort.

Looking at the benchmarks, 3DMark produced a very nice score of 11,057 on Time Spy and a CPU Profile score of 957 and 6,984 respectively for one thread and the max threads benchmarks. Looking at Cinebench R23, the notebook produced a CPU (Single Core) of 1,471pts and a CPU (Multi Core) score of 9,482pts.

So now that we know that the MSI Raider GE76 12UGS can deliver on the goods, let’s talk about… The Sabre (say in movie trailer voice for full effect). This lightbar spans the breadth of the notebook and you can customize the colors to your heart’s content. You can even sync it up with the per-key keyboard RGB for the full effect. What I like about… The Sabre…. is that this RGB feels a lot more personal to my user experience, as opposed to giving my co-workers a disco light show. Thanks to its Steelseries GG support you can use the app to manage your keyboard and lightbar color themes as well as key commands.

If you are not a fan of RGB, or want to turn it off in a meeting, you can easily disable all lighting effects and turn… The Sabre… into a finely tuned stealth weapon.

The MSI Raider GE76 12UGS has played a massive role in NAG’s productions over the last few months and enabled me to produce video content far more efficiently than I could before.

Even though this notebook sits comfortably in the flagship range with a premium price to boot. If it’s a powerhouse machine you need for both work and games, then the MSI Raider GE76 12UGS will certainly make the cut and then some.

The MSI Raider GE76 12UGS is a high-end gaming notebook that delivers on performance and looks. Not only does the Lightbar deliver cool looking RGB but this notebook will manage anything you throw at it.

RGB for the fans