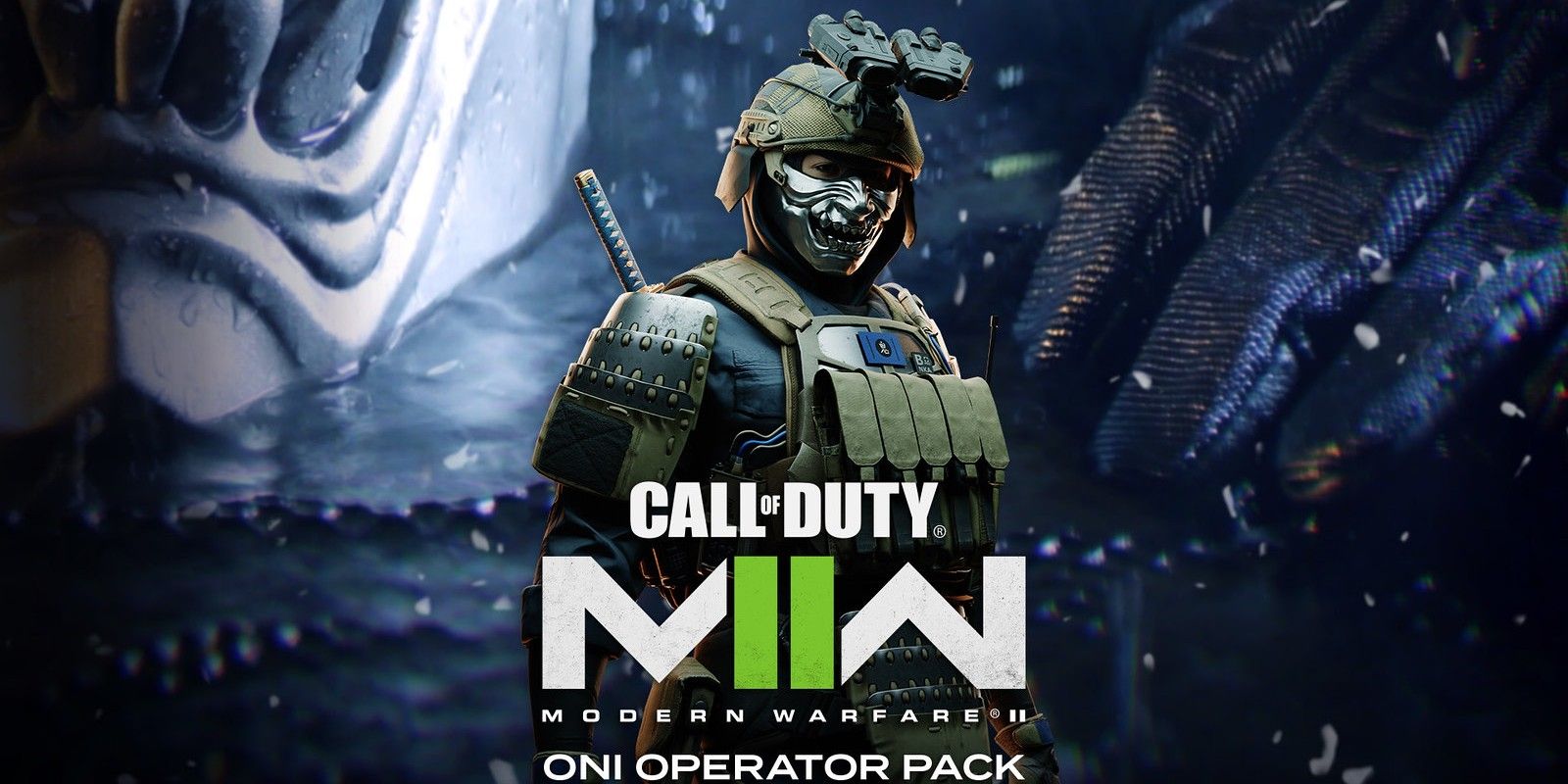 Microsoft does not have any immediate plans to make Call of Duty an Xbox exclusive – at least not for another three years – although SIE boss Jim Ryan thinks it’s “inadequate”. Until then, however, PlayStation owners will still be able to enjoy the recently revealed Call of Duty Modern Warfare 2 and Warzone 2.0. PlayStation also wants to be getting some exclusive content, and it’s actually pretty cool.

PlayStation owners who preorder Modern Warfare 2 will get access to the Oni Operator Pack. It includes Oni, an operator that looks like a modern rendition of a samurai – complete with a Ghost of Tsushima-esque demon mask, shoulder armour, and twin tantos. Along with that will be an exclusive Weapon Blueprint that you’ll be able to use in MW2 as well as Warzone 2.0.

RELATED: Halo Infinite’s Post-Launch Troubles Show That The All-In-One Shooter May Be Dead

“Hiro “Oni” Watanabe is a warrior and gun-for-hire who descended from a centuries-old samurai clan,” says the PlayStationBlog. “Torn between country and family, he honors the code of the samurai while fighting to clear his disgraced family name.”

Additionally, PlayStation owners who’ve pre-ordered the game will also get early access to Modern Warfare 2’s open beta, starting September 16 at 10 AM PT. Those who’ve not pre-ordered will be able to do so only on September 18.

Call of Duty seems to be learning a lot from its competitors, especially the likes for Fortnite and PUBG. One of these learnings is that people really like the third-person perspective – and that makes sense, because you at least get to look at all those skins you earned or paid for. With that in mind, Infinity Ward revealed that the game will include a modifier in online matches that will allow a third-person view. Aiming down sights will result in the perspective zooming into first-person.

“It’s been a pet project for us, we’ve always wanted to do third-person, and all while we’re working on other stuff we’ve been looking on doing third-person in each mode,” said multiplayer design director at Infinity Ward, Joseph Cecot, “The cool thing is that it’s a modifier on our game, you can just turn on third-person.”

NEXT: Umbilical Is A Fascinating Co-Op Horror Games About Staying Connected

BGMI Ban: Everything that has happened so far