Concept arts from Minecraft are and will probably forever remain a bone of contention between players and developers. This time the issue concerns an illustration depicting a crystal cave, which was created by an artist from Mojang.

Which artwork was it?

during a discussion on what was Mojang’s worst decision to date, the topic touched on an illustration created by Mariana Salimena in 2021. It depicts a crystal cave that was part of the ideas that could come to the game with The Wild Update. 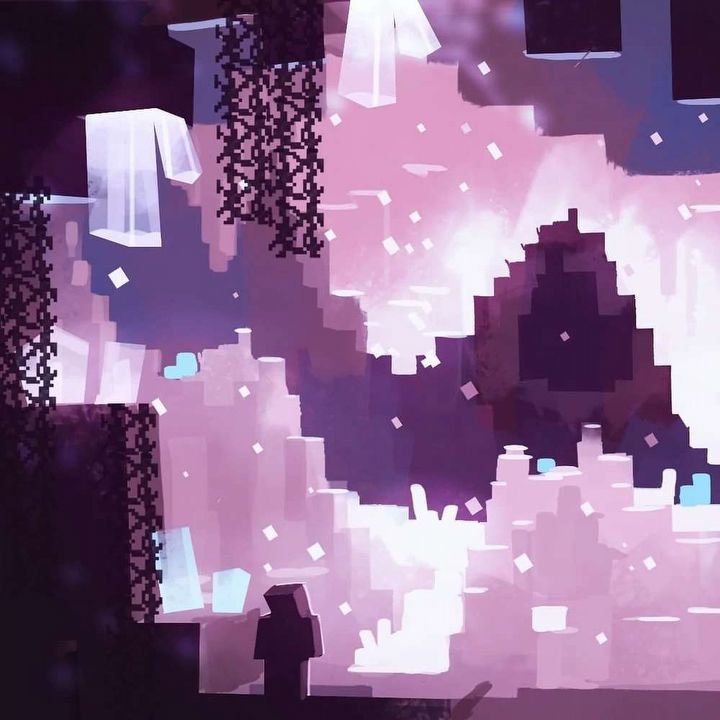 Mojang tried to introduce it

Interestingly, the developers were not indifferent to this concept, and as JAPPA (Game Art Director at Mojang) mentioned, the idea was being implemented. He even created the textures of some of the blocks that would make up the biome. 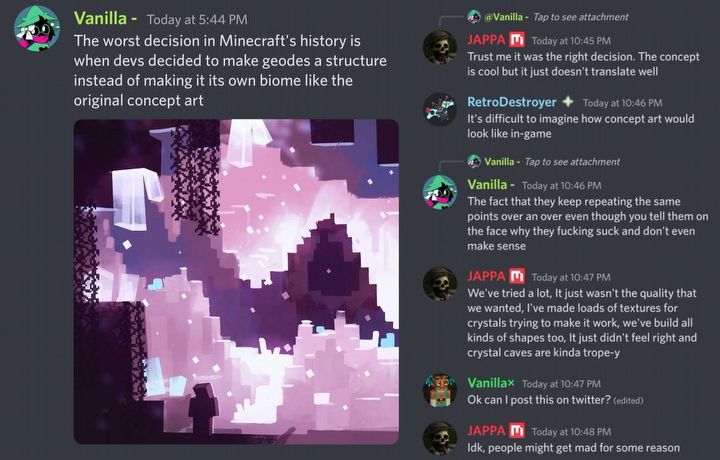 In the course of development, however, it turned out that this type of cave didn’t quite fit into the atmosphere of the game. Therefore, the idea was ultimately cut.

Although fans of Minecraft sometimes developers push too hard to introduce certain content into the game, in this case it’s a bit different. According to most players, the decision mentioned by JAPPA is as understandable as possible.

“This does not mean Minecraft is missing 75% of the content it should have. This means that these features were deemed not fun, interesting, or worthwhile. Part of being a good game designer is being able to tell yourself that not every idea you have is a good one,” wrote Yerm_Terragon.

On the other side of the barricade are fans for whom what is presented on concept arts is like a ready-made idea and a declaration – lookthis want to in Minecraft. Here again, they are met by players who believe that this is not the idea behind concept arts for developers’ ideas. After all, the idea is to gather opinions, observe the response, feedback.

So the situation can be summed up by saying that how many players, so many opinions. Nonetheless, it is better that a polished content comes to the game than any idea that is well-received by the community.