For many years Fortnite enjoyed great (perhaps even too great) popularity, attracting crowds of players and viewers. However, interest in Epic Games’ title is doing worse and worse. On Twitch, the viewership figures of fornite is clearly declining .

At the time of publishing this news, the game had 29.3 thousand viewers, which gave it the ninth position on the platform – or eighth, if we exclude the “Just Chat” category. Better is the average daily number of fornite stream viewers in July (via stream chart), but more than 64,000 viewers is still a significant drop compared to previous months. 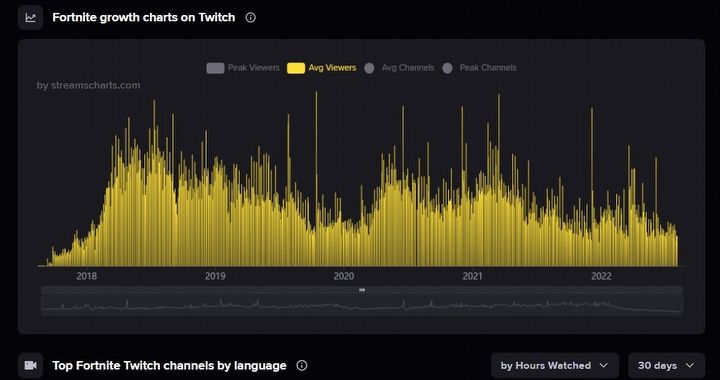 Moreover, in terms of peak viewership, July 2022 was the worst period for Epic Games production in many years. Fact, more than 237 thousand viewers at the same time is still an excellent result. Except that a month earlier Fortnite managed to attract 933 thousand users, and as recently as December 2021, broadcasts of the game were watched by more than 1.3 million concurrent viewers.

The decline in form can also be seen from other statistics. In July, Twitch users watched just under 48 million hours of broadcasts from Fortnite. This is the first time this year that the viewership of Epic Games studio’s work dropped below 50 million hours, and the first half of 2022 was by no means one of the best in the game’s history. 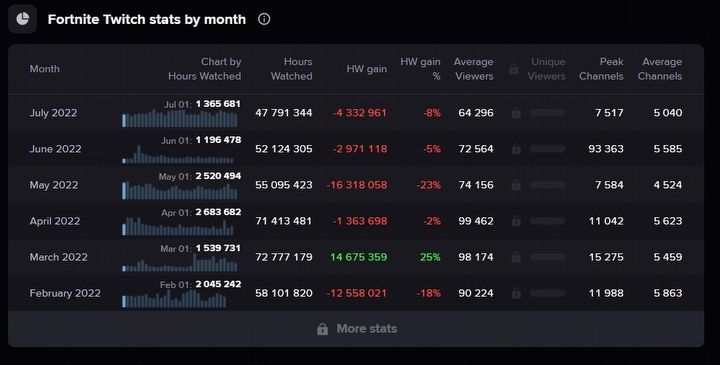 LoL and Valorant, or how Riot Games dethrones Epic Games

Of course, it’s too early to say that the time of Fortnite is coming to an end. The game is still among the top ten most popular games on Twitch, leaving far behind, among others. Counter-Strike: Global Offensive, and Genshin Impact.

However, it is clear that the work of Epic Games is no longer the undisputed leader or even a contender for the title of the most popular video game in the world. Hardly surprising, given that competition is growing stronger in the battle royale market, and veterans like League of Legends and Grand Theft Auto V are not going away. 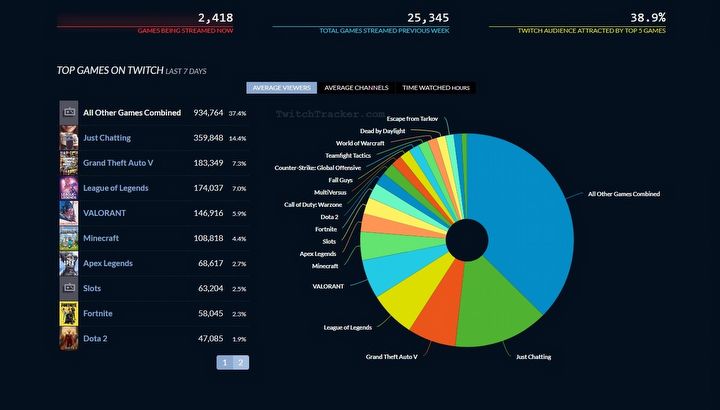 Also Valorant has finally carved out a position for itself in the market, even drawing in some streamers known from other games (including Fortnite). If you add to this the unflagging popularity of LoLRiot Games can lay claim to the title of publisher with the largest audience on Twitch, which Epic Games has long boasted.

It should be noted that the huge viewership of Riot’s works in July is partly due to the broadcast of tournaments. Last month, players were able to follow the second stage of the Valorant Championship Tour 2022 in Copenhagen, as well as this year’s editions of the League Championship Series, League of Legends Champions Korea, etc.

The 10 Best Battle Royale Games On Xbox One, Ranked