Sniper Elite 5, the latest game in the award-winning franchise is available now on Xbox One, Xbox Series X|S and PlayStation 4 & 5. Developed by Rebellion, one of the world’s most successful video games developers and publishers, Sniper Elite 5 offers an unparalleled tactical sniping experience as you fight your way across the most immersive maps ever featured in the series, with many real-world locations captured in stunning detail.

Sniper Elite 5 takes place in the events around D-Day in France, 1944, as our hero Karl Fairburne joins a covered US Rangers operation to weaken the Atlantic Wall fortifications along the coast of Brittany. There he makes contact with French Resistance, and they begin to uncover a secret Nazi plot that threatens to turn the tide of the war back in the Nazi’s favour: Operation Kraken. It is now down to Karl to reveal exactly what the Axis forces are planning and end Operation Kraken, and the mastermind behind it, Abelard Möller, before it can be launched.

Rebellion CEO, Jason Kingsley said: “We are extremely proud to be releasing Sniper Elite 5 today and cannot wait for players to get their hands on the game. The franchise continues to go from strength to strength and the entire team at Rebellion has done a fantastic job to create the best game in the series to date. We are particularly proud of the new Invasion Mode which we think will be a real fan favorite. The tension and challenge that the invasion creates really intensifies and heightens the gameplay experience.” 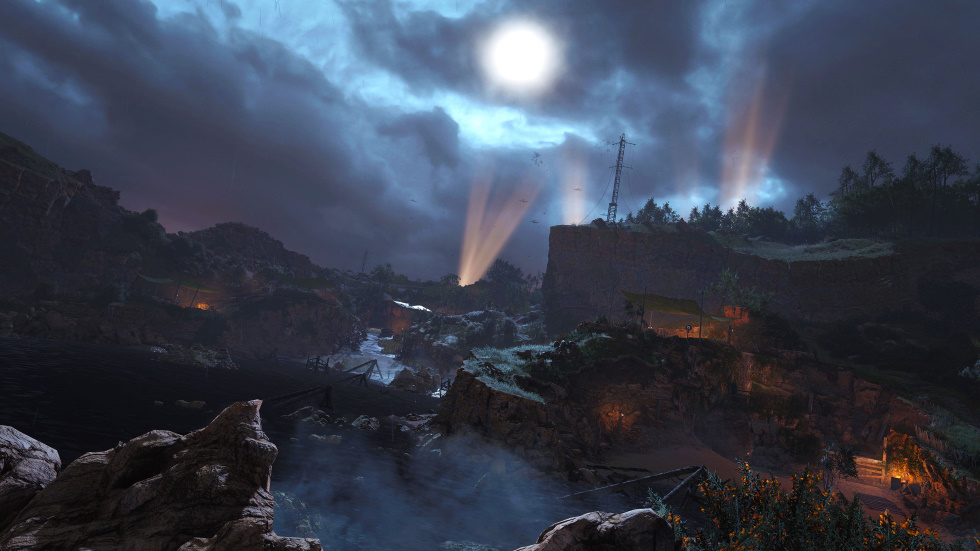 expansive campaign – real-world locations have been captured using photogrammetry to recreate a living, immersive environment with multiple infiltration and extraction points. Side missions, hidden collectables and kill list targets provide a whole new perspective on each mission. Take on the Nazi plot solo or work with a partner, with improved co-op mechanics allowing you to share ammo and items, give orders and heal each other.

Invasion Mode and Co-op – invade another player’s campaign as an Axis sniper and engage in a deadly game of cat and mouse, providing a new dimension to the challenge as you stalk your prey. Invasion Mode can be toggled on/off in the game menu. The entire campaign is also playable in 2 player online co-op with players able to share items and ammo and revive each other.

Weapon customization – find Workbenches hidden in the missions (each mission has 3 to find) to customize and upgrade virtually every aspect of your weapon – change scopes, stocks, barrels, magazines and more. Rifles, secondaries and pistols all have a huge variety of options. On top of that, you can select the ammo to suit your target, from armor piercing right down to non-lethal.

Adversarial multiplayer – customize your character and loadout and earn XP, medals and ribbons as you take on intensely competitive 16 player battles that will really test your sharpshooting skills. If co-op’s more your style, you can team up with up to 3 other players against waves of enemies in Survival mode.

Full crossplay – crossplay enables you to seamlessly play co-op, invasion mode and adversarial multiplayer with other players on all other formats.

Enhanced Kill Cam – more realistic and grislier than ever, the trademark X-ray kill cam returns, showing you the true destructive power of each shot. Bones deflect bullets unpredictably, ripping a new path through enemy bodies. SMGs and pistols can also trigger kill cams, including multiple shots in dramatic slow motion. The frequency with which a player sees Kill Cam can be changed in the game menu, including the ability to switch it off entirely.

Advanced gunplay – factor in rifle stock and barrel options along with gravity, wind and heart rate while you line up your sights on the target. For the first time in the series, iron sights have been included for SMGs and pistols.

New traversal mechanics – Karl can now use zip lines, slide down slopes and shimmy along ledges to reach the perfect vantage point, or to sneak past sharp-eyed enemies. Enhanced climbing abilities now allow you to explore hidden areas in the game map and unlock alternative routes.

Sniper Elite 5 is available now on Xbox Game Pass, Xbox One, Xbox Series X|S and PlayStation 4 & 5, Steam and Windows Store. To keep up to date with all the latest Sniper Elite 5 news please visit sniper.com and follow the game on social media: Twitter, Facebook, Instagram other YouTube.