Learn to Play Chess With This Minecraft Mod

User legoatoom shared on Reddit his mod for Minecraft, which enables us to learn to play chess and checkers. Although GameBlocks is in beta version, as the creator points out, the project is safe to download. You can find it on CurseForge or Modrinth.

GameBlocks introduces two new blocks to Minecraft: Chessboard and Bag of Pawns.. To create the first one, the player only needs spruce and oak pressure plates. In turn, to craft the pawns, we need to combine a block of calcite and slate cobblestone. After that, all we have to do is lay down the chessboard and use the right mouse button on it to start the game. Detailed instructions can be found in the mods description; bugs are reported on an ongoing basis on the same websites.

What is positively surprising in the context of the mod is the fact that each of the pawns has its own description, which is displayed after moving the mouse over it. There is also highlighting of the fields, on which we can put the figure when making a move. However, the descriptions do not end there, because legoatoom has also decided to explain the legal moves. 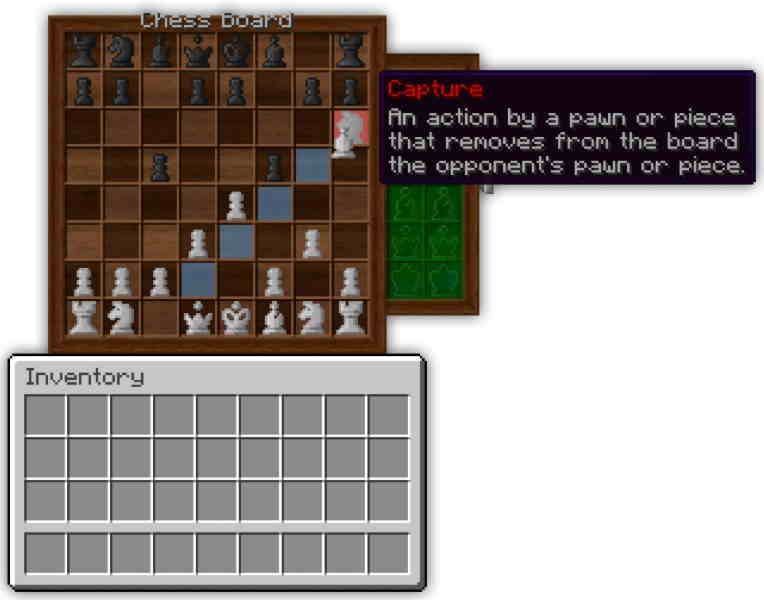 Among the comments under the entry there was also a question about the possibility of multiplayer, which, as legoatoom says, “should work”. Although already playing alone, or reading the descriptions of both the pawns and moves can shed some light on this classic board game. On the positive side, just being able to learn it in Minecraft, combining education with fun in a cubic sandbox, is a good thing.

Currently, GameBlocks is only available in three languages ​​- Dutch, American English and British English. The creator plans to introduce more translations, but in order to avoid errors, he will consult them with other users. Therefore, adding new languages ​​may take some time.

How To Unlock Every Class In Disgaea 6