I’ll admit, I’m usually the first to make fun of those weird simulator games that have popped up over the years. I was also very curious about who the audience for these games is. Then, late one evening, at 2:30 a.m., I tripped over Videos on the Euro Truck Simulator and I got drawn into the real-time nature of these streamers’ videos. These players simply cruise through a virtual world and deliver non-existent goods to their viewers in the chat. Seems to be the mundane fun my mind seeks these days and in every way I was addicted to the idea. Just in case you’re wondering, there are people out there who do all of this even in the real world.

A few months later, I saw a developer preview of Lawn mower simulator on Steam and I have to admit I thought it was a joke. After verifying that I wasn’t actually seeing an old April Fool’s joke, I kept watching, after all it seemed quite relaxing just to sit back and mow the grass. 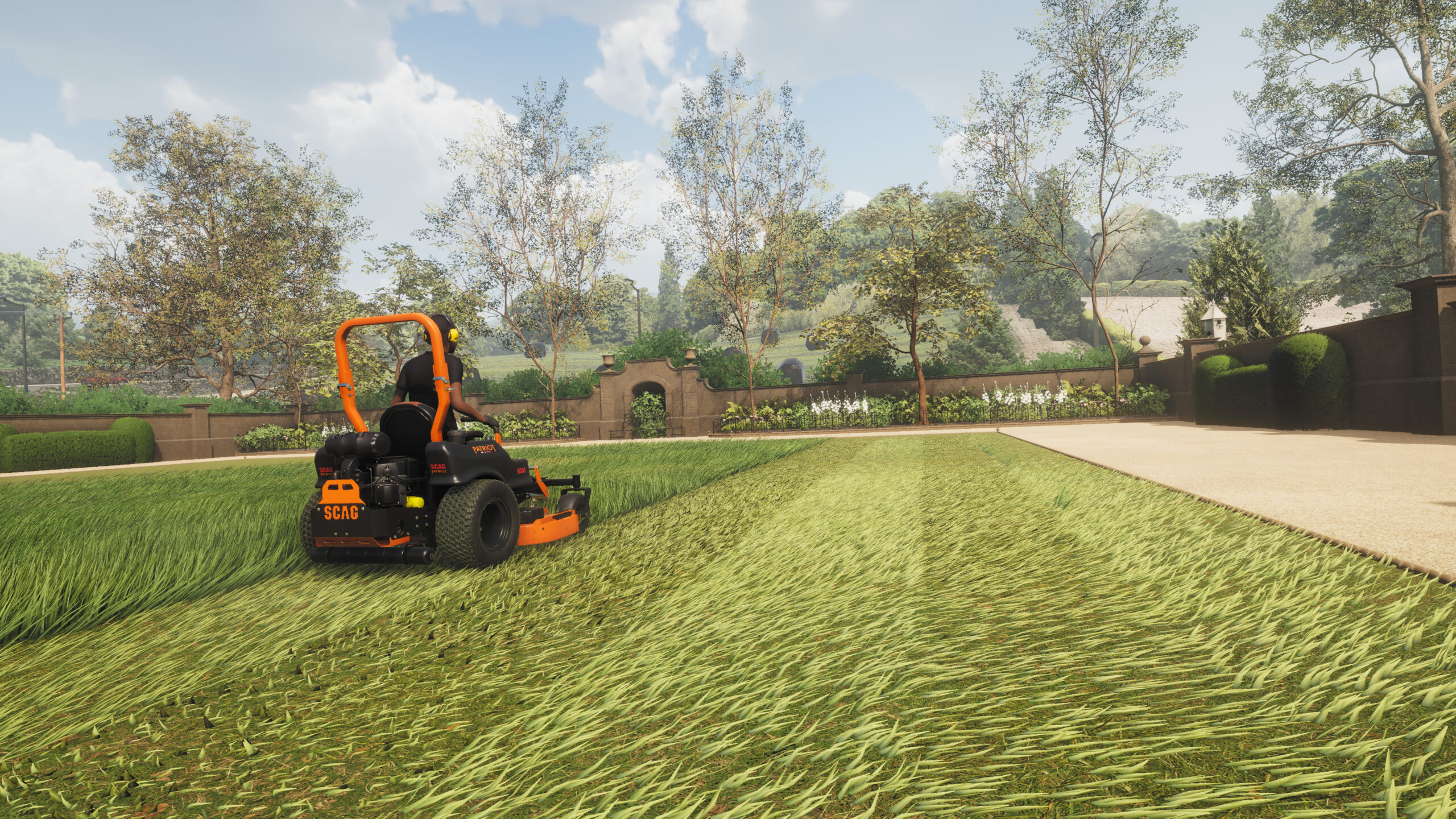 When the developers started talking about the details that went into the mowers and the level of detail in the art of mowing grass. As someone familiar with pushing a cart to mow some grass, I found myself strangely intrigued. Maybe it’s the fact that there is no action in this game, well unless you feel the need to cut into the flower beds or float on the lawn, this game won’t get your heart rate up any more than it does if you did sit on the couch. And that is exactly the purpose here.

I immediately realized why people were so obsessed with these games; It’s a relaxing pastime away from the action shooters and the grind of the games we play for hours.

Lawn Mowing Simulator is essentially a small business management game where your main focus is on following your customers’ requests and mowing their grass according to specifications. The best part is that you can drive around on the precisely modeled mowers that you can buy as you grow your small business. If you do a good job, you will make more money and messing around will cost you money in the form of fines.

As you progress, you’ll unlock more gardens, employ more staff, and buy bigger mowers. With the latest update, you also have a South African favorite, the weed eater, in your arsenal of tools to keep your customers’ gardens pristine.

If that’s not good enough, the game’s first DLC has just come out too, so hold on to your chairs, its lawnmower simulator – Ancient Britain that lets you mow the grass of ancient lands in historic Britain on four heritage sites . The great thing about the update is that the lawns are bigger and the view is much nicer.

Games like this aren’t for everyone, but it makes a great game alternative if you’re looking for a game that is simple and mind-blowing. For those days, you couldn’t go to the trouble of defeating your enemies in battle.