Indonesia Cuts Off Access to Steam, Epic Games Store and Other Stores

Indonesian authorities have blocked Access to a number of foreign online services in their country, including many gaming stores. 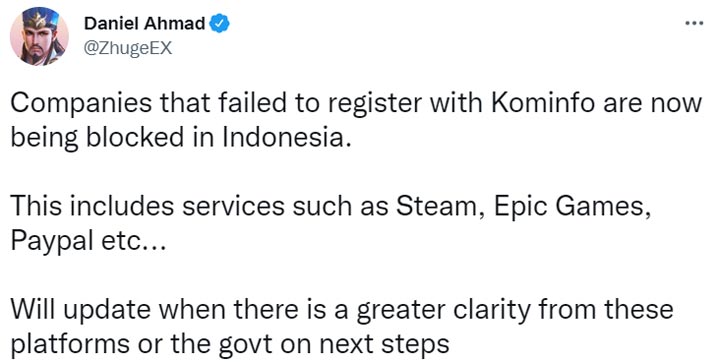 This is a significant development for the gaming industry, as according to estimates There were 111 million gamers in Indonesia last year, counting only those who spend at least $16 a year on the hobby.

The local market is growing rapidly and is dominated by foreign developers. In 2020, the industry’s revenue generated in Indonesia was $1.74 billion. Of this amount, 1.38 billion came from mobile games, 242 million from PC games, and console games generated $112 million.

Not surprisingly, many companies registered with Kominfo. Google and game developers and publishers of, eg Ragnarok Online, Valorant, PUBG Mobile or Robloxhave decided to make such a move.