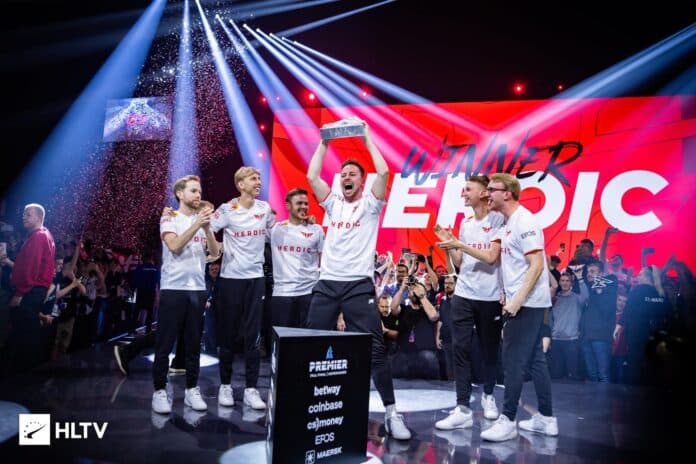 The first big event after the Major has concluded we have Team Heroic as our winner. Both teams having faced once before in the tournament knew what to expect on the server paired with Danish in-game leaders on both sides was ideal for a tactical fight. Looking at very recent history, Heroic made a deeper run at the major compared to FaZe but their performance at Blast painted a better picture for the international team.

Heroic went with Overpass, a map they knew FaZe were weak on while FaZe responded with Inferno, Mirage was left for the final map.

Despite an early 5 round lead from FaZe, Heroic leveled the score in no time and made a comeback on their offense which was nothing short of a well drilled one. FaZe were able to cut it close on multiple occasions but Heroic knew what they had to do. Moving onto the offense, FaZe failed to yield much as Heroic got to 16 rounds where FaZe only managed 11.

FaZe were quick to answer back, while their T side should have yielded more than 7 rounds looking at how meticulous it was. Heroic did manage to control the feisty T side but not until their own failure to do much against FaZe’s rock-solid defense saw them only get 4 rounds more before FaZe were able to close the game out.

The highly dominant defense from Heroic saw FaZe fail to post more than 4 rounds on their offense. Heroic had an answer for everything FaZe and karrigan threw at them as they were in the need of 5 more rounds to win the entire tournament. FaZe started off strong in their defense and quickly leveled the score. It is when FaZe were slacking off but managed to push the game to overtime. Heroic ended the first half of OT with a single-round lead and two consecutive rounds win saw them win the entire series.

The Danes were dubbed as onliners for the longest of times and this would mark as their first every LAN victory. cadiaN having led the side to a couple of prestigious online tournaments has now finally won a LAN beating some of the best teams on their way. Something for the Danes to enjoy having undergone few tough losses in major LAN tournaments before this.

Thank you for reading, For more exclusive esports and gaming content, please follow us on Google news.

How to Link League of Legends With Xbox Game Pass