Fans of the Forza series can take part in another survey prepared by Playground Games. In theory, it was created to ask players about their interest in the series, its latest installation and the next part. Unfortunately for the developers fans do not believe the developer and criticize both the survey and the development of Forza Horizon 5 so far.

Forza Horizon 5 after a year

When FH5 debuted a year ago, the game was warmly received by players and reviewers alike. Since then, we’ve received quite a few updates, including fourteen “series” with new cars.

However, the latest updates have been quite a disappointment. The latest one made the game run much worse. This manifests itself, among other things, in longer loading times, freezing menus and performance drops.

Add to this disappointing cars from the 14th series and broken game mechanics (including an inaccessible auction house), and it’s easy to understand why many fans weren’t thrilled with FH5 in recent weeks.

Lack of communication and lingering problems

Unfortunately, complaints aren’t just about the recent changes. Fans are also complaining that Playground Games has neglected communication with the community. Suffice it to mention that the studio still has not addressed many of the problems caused by the latest update, even on the official support account of forza on Twitter.

So players period out allegations that have been surfacing for many months or even since the launch. For example, bots on the Invincible difficulty level. Drivers controlled by artificial intelligence do not give a chance to win, and openly cheating on top of that, which players pointed out already a year ago (vide Reddit).

There are more similar old glitches, and while some of them are minor, their sheer number annoys the players.

In theory, the appearance of the survey could be seen as a harbinger of changes in the developers’ approach. The problem is that the questions included in the survey do not really allow fans to express their disappointment with the recent shortcomings and lack of changes. Nor is there an option to describe problems in detail. 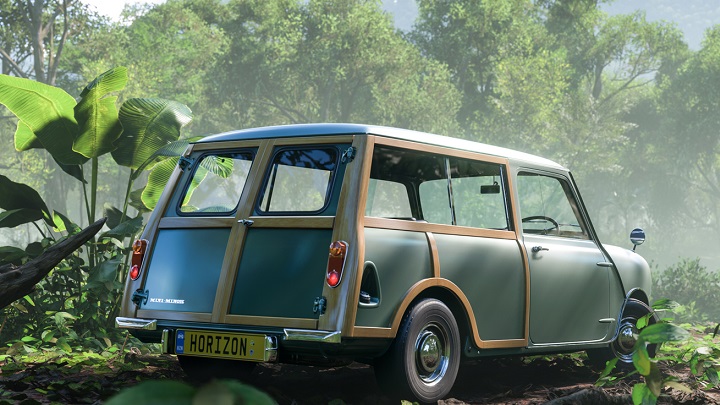 Therefore, as in the case of previous questionnaires for players of Minecraft and GTA Online, Internet users do not believe that Playground Games’ new survey will change anything about the game’s development.

Many fans suspect that in fact, the developers are collecting demographic data on the community of Forza Horizon. This seems to be confirmed by the latest questions on the form, as well as the fact that participation in the survey requires permission to provide your private data.

It is worth noting that fan complaints do not particularly translate into popularity of Forza Horizon 5, at least on Steam. Excluding the first few weeks after the release, the number of players on the platform remains essentially unchanged (via SteamDB), ok user reviews.