Get ready for action and adventure as some of the most talented international illustrators, artists and content creators take you deeper into the multiverse of media at Comic Con Africa from 22 to 25 September at the Johannesburg Expo Centre. They will be joined by an amazing line up of African artists who will showcase their talent at the continent’s largest multi-genre pop-culture and gaming festival. 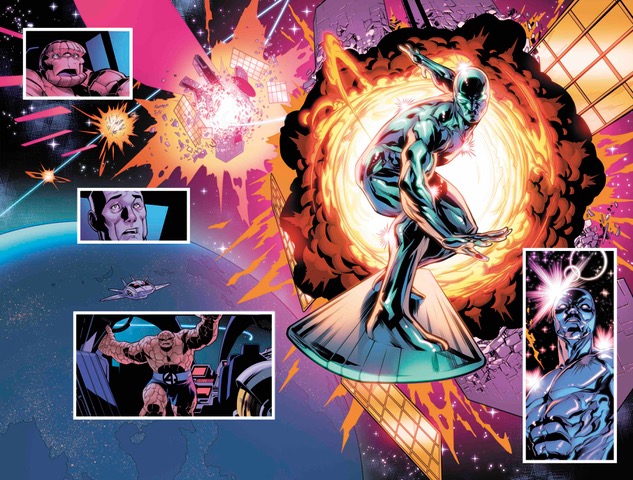 Artist Alley – the heartbeat of the festival, will not only be the home to these local and international spotlight artists, but also to over 100 other artists & creatives showcasing their work throughout the four days of Comic Con Africa. Festivalgoers will have a unique opportunity to engage with these artists within the inner sanctum of Hall 6 (Pop- Culture Hall), and they will also be treated to signed works for sale – anything from printed posters to T-shirts and even intricately painted canvas shoes.

In the known and unknown realms which exist between the pages of each comic, the independent artists who create these original comic books, fan art, novels, drawings, paintings, and digital art, will blow the imagination of guests with new, classic, rare and collectable works available at the show.

Sharing the incredible platform with all festivalgoers, the Artist Alley Spotlight Stage will illuminate the worlds these artists bring to life through engaging interviews, live drawing sessions, panel discussions and live challenges, showing off the line-up of world-class talent at Comic Con Africa this year. Artis Alley is all made possible by partners like ArtChimp.

“Were so excited to bring this phenomenal mix of International and African talent to the festival.

You will be able to see and meet the best of Africa’s talent and the comic book talent that many grew up reading. This will be a remarkable experience and not one to be missed,” said Carla Massmann, Comic Con Africa Show Director.

Stimulating imaginative and versatile readers, established and soon-to-be collectors, fans, as well as those who only fight alongside a single superhero, over the four days the international illustrators will familiarize guests with the lines, shades and shapes that make up their favorite fantasy worlds.

Andrew Griffith—United States
Andrew is best known for his work with IDW Publishing as a creator of properties such as Transformers, GI Joe, and Star Wars. He has worked on several projects that have made the New York Times Best Sellers List and have also contributed to the Eisner Award-winning Love is Love compilation.

Daniel Govar—United States
Daniel, first while animator for SYFY, cites Marvel, Sony, DC, Valiant, Dynamite, Amazon, Heavy Metal, Topps, Simon and Shuster, and Naamco/Bandai as some of his clients. His impressive CV includes Star Wars, The Avengers, Captain America, Wolverine, Guardians of the Galaxy, Spider-Man, Punisher, Grimm, Thanos, and Lord of the Rings. He illustrates in everything from watercolor, pencil, ink, and traditional mediums to digital.

Livio Ramondelli—United States
Livio’s art credits include illustrating Transformers for IDW Publishing. He also created the original science fiction series The Kill Lock, currently being published at the same studio. His illustrations have been featured in DC Comics, Boom! Studios, Dynamite, Heavy Metal and Legendary Comics. Livio has contributed storyboards and concept artwork for attractions such as The Attack on Titan 4-D roller coaster at Universal Studios Japan.

Steve Ellis—United States
Steve has won critical acclaim and Harvey awards for his work including High Moon (Best Online Comic) and The Only Living Boy (Best Inker/Best Cover/Best Artist nominations) with co-creator David Gallaher as well as his work on AMC’s Breaking Bad : The High Cost of Living game. He has also created many game illustrations and comics for Marvel, DC, Dark Horse, Image, Blizzard Entertainment, Wizards of the Coast, and many more.

Tony Moy-United States
Tony’s a mixed media comic and fantasy artist specializing in watercolor. He has been published in several books including the Batman / The Maxx (DC/IDW) Variant Covers, X-files (IDW), and Dungeons and Dragons. His current project is a watercolor webcomic The 4Forty2nd. He travels to comic conventions and art exhibits around the world to share his art and process.

African and South African artistssome of whom have been making waves on the international stage for many years, illustrating for, and shaping either or both the Marvel and DC universes, will stand beside their international counterparts to make the dreams of all comic book fans come true.

Bill Masuku – Zimbabwe
Bill, a Nommo Award-nominated comic book artist and writer, is the creator of Razor-Man, Welcome to Dead World, and Captain South Africa. He’s also the author of the Misfortunism series and was spotlighted as an up-and-coming artist during DC Comics’ global event DC Fandom.

Loyiso Mkize—South Africa
Loyiso studied graphic design which lead to him becoming head illustrator of Supa Strikas, a local soccer comic book distributed in over 38 countries. Loyiso has shown his work at the Cape Town Art Fair; FNB Joburg Art Fair, Senegal, Miami Basel and New York with a total of 5 solo exhibitions. He was recently commissioned by Motown Records to immortalize music legend Marvin Gaye, for the Motown Records offices located in the iconic Capitol Tower in Hollywood.

Jason Masters – South Africa
From a career in commercial advertising, Jason worked as a professional comic book artist for DC, Marvel, and Dynamite Comics. Masters’ early work includes Human Target and Red, for the DC imprint, Wildstorm Studios. He went on to work on various Batman titles, including Legends of the Dark Knight, Batman Incorporated, Batwoman, and Nightwing. For Marvel he worked on Guardians of the Galaxy, Wolverines, and X-Men. In 2015 he worked with comics legend, Warrren Ellis, as ongoing series artist on Dynamite’s high-profile relaunch of the James Bond comic book, the first all new 007 comic series in over 20 years.

And finally, a local talent who has been invited back to Comic Con Africa to inspire more generations of comic book enthusiasts, future creators and imaginative collectorsSean Izaakse – South Africa – will engage with audiences and show how local talent continues to make a mark on the international stage. Sean’s illustration work includes Pathfinder (Dynamite Entertainment), The Thunderbolts, Avengers, Deadpool, The Uncanny Avengers, Champions, and more recently Marvel’s epic Avengers No Road Home series.

For more information on each of these amazing artists, click here.