Yesterday evening, the first episode of the House of the Dragon), a new HBO series that’s a spin-off of game of Thrones. Waiting for the next episodes won’t be easy, but you can make that time more enjoyable with games. Unfortunately, this franchise hasn’t received many good video games – it did, however, inspire many talented creators who developed a number of interesting modifications.

The first and, in the opinion of many, the best GoT-based mod that we want to tell you about is called A Game of Thrones and meant for Crusader Kings 2. This strategy by the masters from Paradox focuses on personal ploys, betrayals and conspiracies, so it’s perfect for recreating the stories of characters from game of Thrones and the novel A Song of Ice and Fire.

The authors have replaced virtually all elements of the game – we get a new map as well as characters, facts, events and technologies. The mod is excellent and looks more like an official adaptation than a fan production. For fans of the brand, this is a must play, especially since the core version of CK2 is available for free! So, you can play this game of Thrones mod without paying a dime. 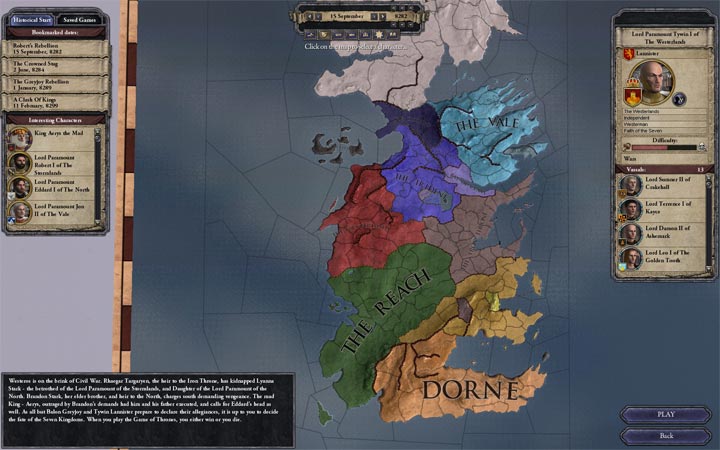 The mechanics of Crusader Kings 2 perfectly fit the Game of Thrones nature.

The first of these projects is the most advanced one. The other two are more like elaborate scenarios (although they change a lot of graphics elements), while Game of Thrones is a total conversion, transforming Sid Meier’s Civilization 4: Beyond the Sword into something completely different with thoroughly reworked gameplay mechanics, well reflecting the fantastic nature of the world created by George Martin. This is aided by the fact that the mod was built on the foundations of the best fantasy modification for this series, namely Fall from Heaven. 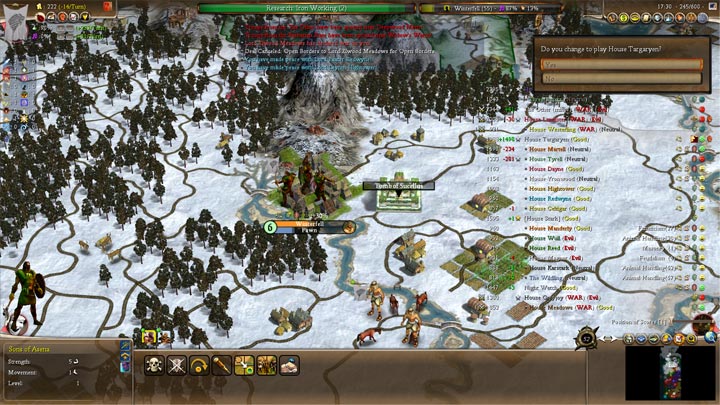 If you aren’t satisfied with strategic gameplay and you want a more down-to-earth perspective of Westeros, the A Clash of Kings mod for Mount & Blade: Warband should be a good proposition for you.

The modification offers a very detailed world map and places eighteen factions with their own unique rulers and armies. The authors prepared thousands of new items, as well as introduced numerous changes to the gameplay, eg by adding sea battles and ship travels. The whole thing is pretty refined and you can easily spend several dozen hours with this mod. 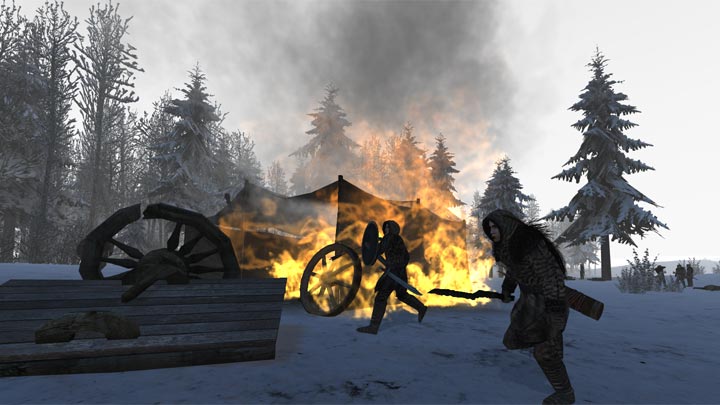 Mount & Blade: Warband isn’t very young, but for A Clash of Kings makes it worth revisiting.

Realm of Thrones and Trial of The Seven Kingdoms for Mount & Blade 2: Bannerlord

If the outdated graphics of Mount & Blade: Warband Bother you too much, you can try two mods to Mount & Blade 2: Bannerlord – Realm of Thrones and Trial of the Seven Kingdoms.

Both projects are total conversions, replacing virtually all elements of the game and greatly changing the gameplay. What they differ in is their themes. Trial of the Seven Kingdoms takes place right after the end of the so-called Robert’s rebellion. Realm of Throneson the other hand, is set in times known from the series.

Both mods are interesting. Trial of the Seven Kingdoms is the more polished project of the two right now, but Realm of Thrones is larger in scope. 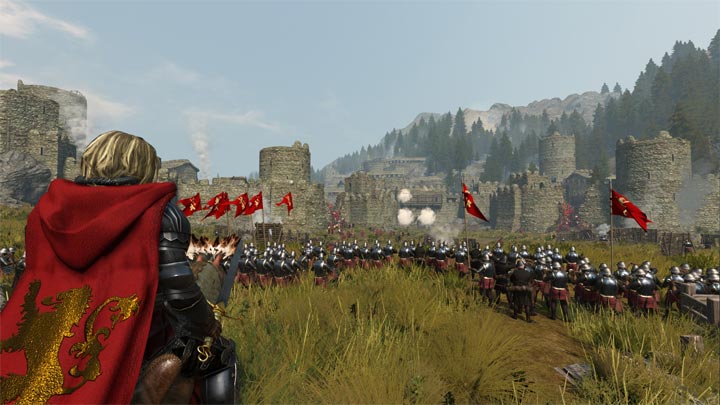 Trial of the Seven Kingdoms

Medieval 2: Total War – Kingdoms also has a number of projects inspired by game of Thrones. The most recommendable among them are Westeros: Total War, Westeros: Age of Petty Kings and Game of Thrones: Fire and Blood. Each project replaces virtually all game elements, significantly modifies the gameplay and allows you to fight battles as well as play on a strategic map.

What sets these mods apart is the setting. Westeros: Total War takes place in the era known from the series, while Westeros: Age of Petty Kings takes us several thousand years into the past of the universe created by Martin, allowing us to take part in the conflict that shaped the future of the entire continent.

The most ambitious mod, but also the least refined of the three at the moment, is Game of Thrones: Fire and Blood. Ultimately, it’s supposed to offer a dozen or so campaigns recreating different eras, ranging from the conquest of Westeros by Aeon to the Winds of Winter, which is the next and still unpublished novel from the book saga. So far, only a few of the early eras have been properly recreated, but unlike the other two, this project continues to evolve. 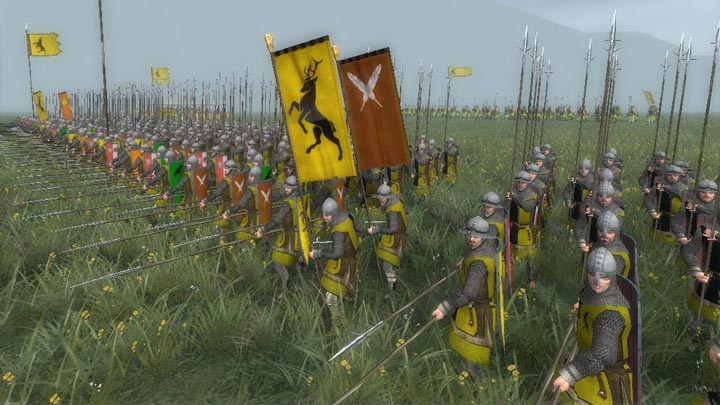 If you’re not thrilled by the old Medieval 2: Total War engine, you can try the Seven Kingdoms: Total War project, which was developed using Total War: Attila.

The project brings factions and units from the TV show and novels right into the game. The whole thing is well made. The troops and heroes not only look like on the telle, but their behavior and combat capabilities also remain true to the realities of the universe.

The downside of the design is that it only allows solo gameplay. A campaign was also planned, but the last update to the project was received almost three years ago, so the chances that these announcements will be implemented are slim. The good news is that this year a new team of modders has gathered, working on their own modification called A Game of Ice and Firewhich is being built on the foundations of Seven Kingdoms: Total War. 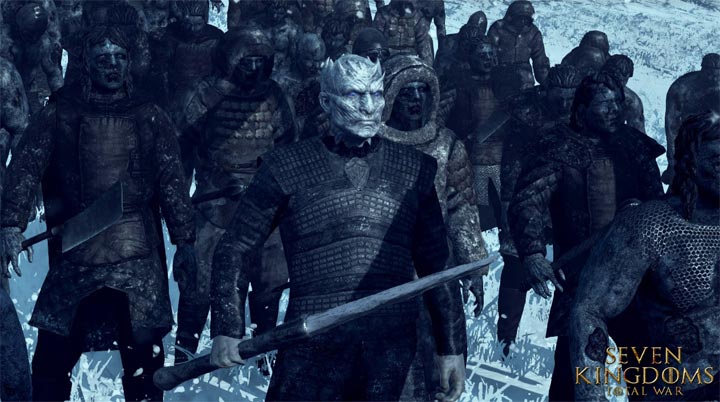 Seven Kingdoms only allows you to fight battles, but they are implemented at the highest level.

WesterosCraft – or Game of Thrones in Minecraft

If you want to explore the land from game of Thrones and enjoy the views, there’s no better proposition than Westeroscraft. This is a Minecraft server, the purpose of which is to faithfully recreate the world created by JRR Martin.

Of course, all this has a very blocky vibe, but is, nevertheless, very impressive. The scale of the project and the level of detail are breathtaking. The authors have spent over a decade creating this virtual world, and in terms of size and quality, no other game of Thrones-inspired fan project can match their work.

Tzar + Game of Thrones: King in the North

The old RTS Tzar: The Burden of the Crown also has its modification inspired by game of Thrones. The possibilities of modding this game are very limited, but the author managed to recreate the reality of Westeros surprisingly well.

The whole thing comes in the form of a giant map with lots of missions to complete and factions to conquer. 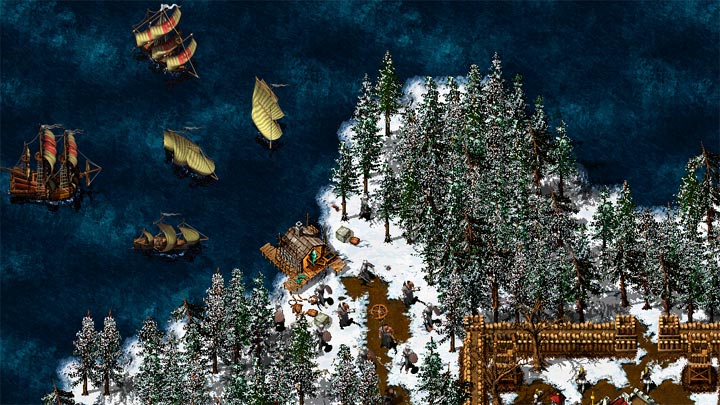 The venerable Tzar also got a mod inspired by Game of Thrones.

the Age of Empires series also has some interesting projects. Two of them are definitely noteworthy. The first is the Age of Thrones mod to Age of Empires: Definitive Edition. Here, too, we get a large map filled with factions known from the world of Westeros. They can be driven by AI or other players. The author didn’t make any significant changes to the gameplay, but if you are just looking for a cool map in the reality of the series, the project is worth your attention.

How to Install Optifine for Minecraft 1.19