Nowadays, almost everyone owns a smartphone. A modern smartphone is a small, portable and powerful computer that can run many interesting games, from small and simple titles to large productions that are also available on PC and consoles. Are you looking for a new, interesting game for your smartphone? If so, this list is for you. 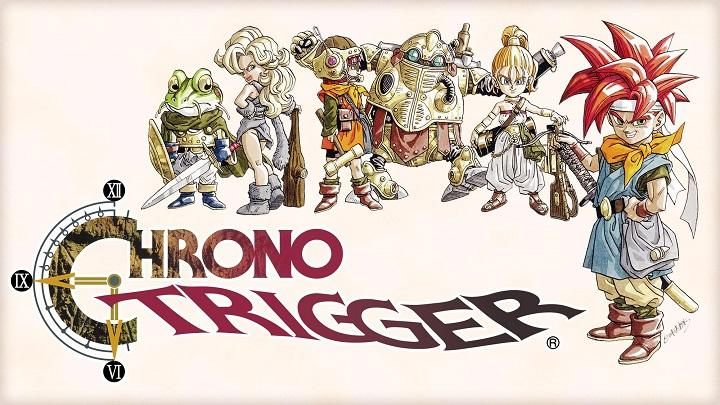 Chrono Triggers is a game that almost all fans of JRPG recognize. The title is characterized by a very engaging story, beautiful music, challenging battles with opponents and many hours of fun. In Chrono Triggers, we will learn about the fate of Crono, meeting friends with whom he will try to face the impending doom. The game’s also valued for a very extensive combat system, which varies depending on the characters that are part of our team.

Castlevania: Symphony of the Night 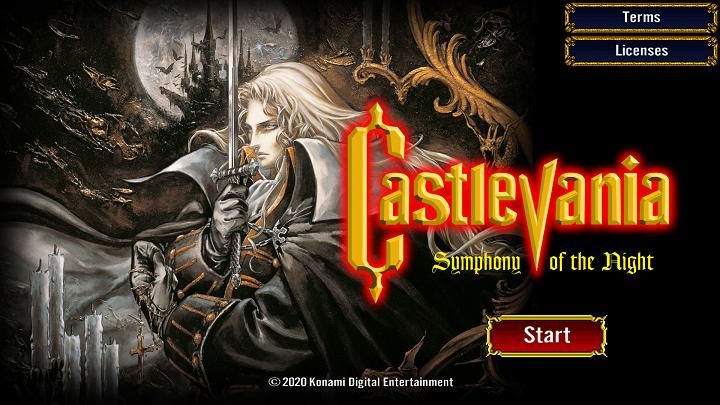 In this 2-D platformer, the player will face challenging battles, satisfying gameplay and a dark atmosphere. The engaging story and very pleasant audiovisual setting are particularly noteworthy. The game offers quite a long gameplay and for the price of three bucks, it’s worth recommending to every fan of this cult series. 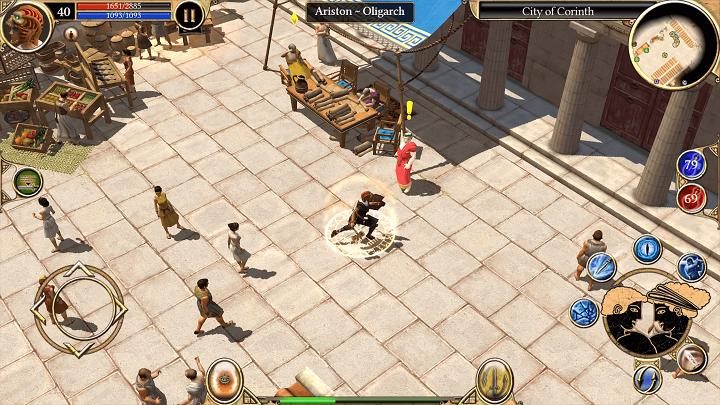 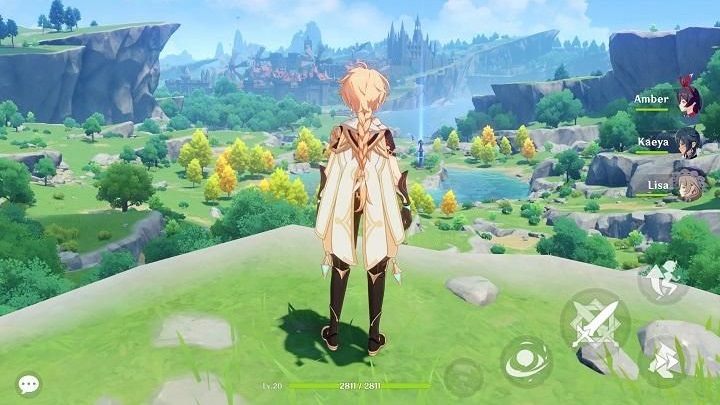 Genshin Impact is undoubtedly one of the most iconic games of recent years. The production is no different from the PC version, thanks to which players using smartphones can enjoy the same interesting story and beautiful audiovisual setting. Genshin Impact is free, but it contains micropayments, which, however, are not required to fully enjoy competitive gameplay. 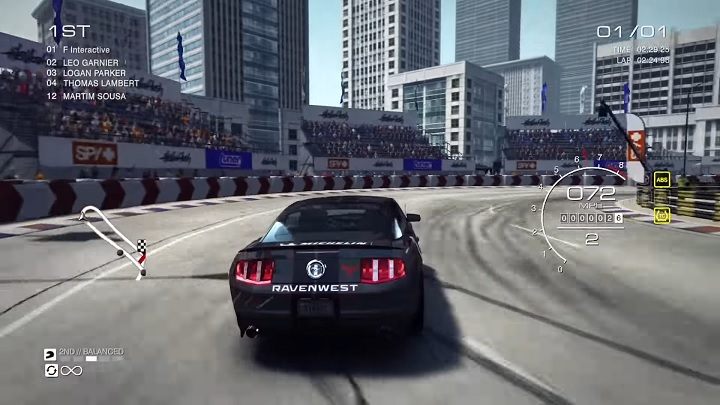 Grid Autosport is a very good proposition for all enthusiasts of exciting car racing. The game offers many cars and tracks on which you can race against rivals. Excellent graphics are particularly noteworthy here, which also means that the game can be quite demanding, and depending on how powerful a device you own, the animation might not be perfectly smooth, and the phone itself might be prone to heating up. 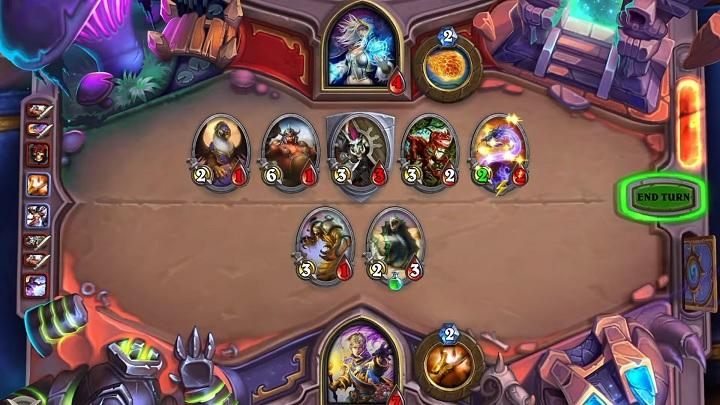 Hearthstone is a record-breaking card game from Blizzard, which is characterized by a pleasant and, more importantly, accessible gameplay. The production is perfect both when we want to sink deep into an engaging card game, as well as when we just want to play a few games. 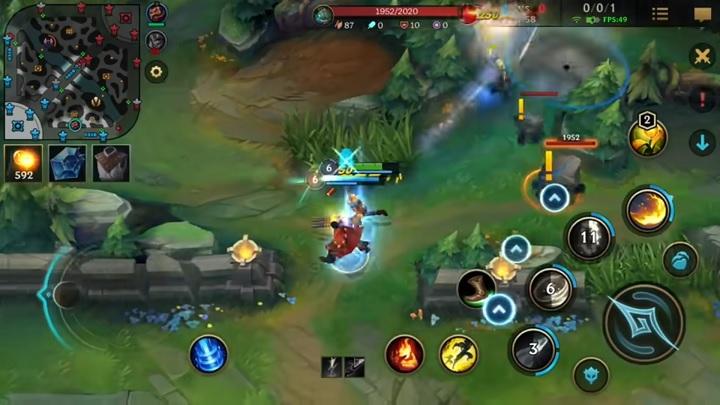 Almost every player has heard about League of Legends. This engaging MOBA shattered popularity records, and despite several pretty years on the back of its neck, it’s still played by a huge crowd of fans. Suffice it to say that the production is often featured in e-sports competitions. League of Legends: Wild Rift is a smartphone version that’s praised for very interesting gameplay and easy controls. 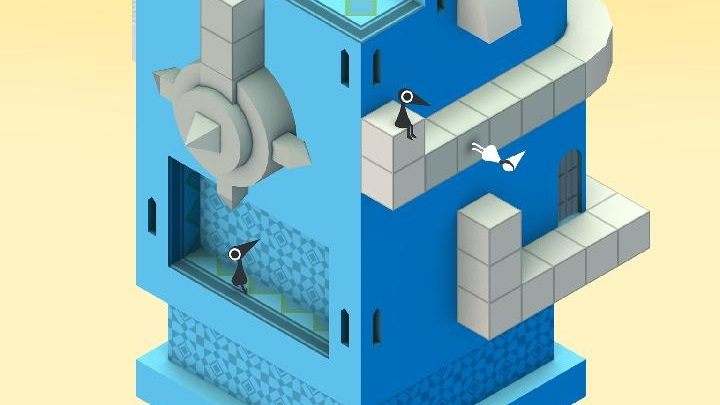 monument valley 2 is a continuation of the first part, but you don’t need to know the prequel to enjoy the part two. The game tells the story of a mother traveling with her daughter in a fantastic realm. The production is valued for clever puzzles and beautiful graphics. This is one of the most beautiful mobile games in recent years. 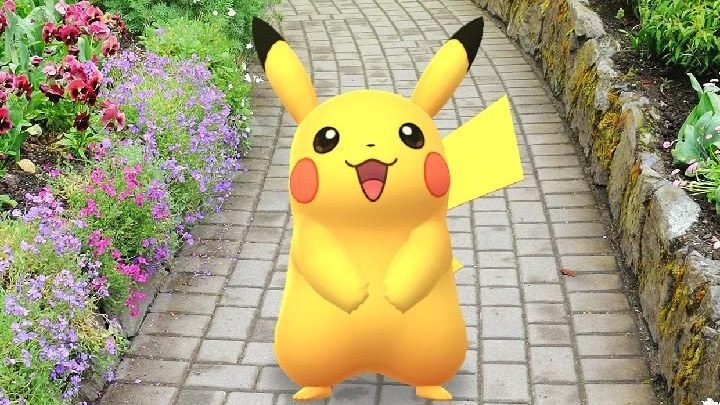 Pokémon GO is a recent smash hit and one of the highest-grossing mobile games. We start our adventure as a beginner trainer who, while traveling the world, collects the Pokemons, develops them and fights in arenas. The game uses GPS-based maps, so in order to play it, you need to actually get out and walk around your town. After several years on the market, the production is still doing fantastically and the developers are still introducing new updates.

Sky: Children of the Light 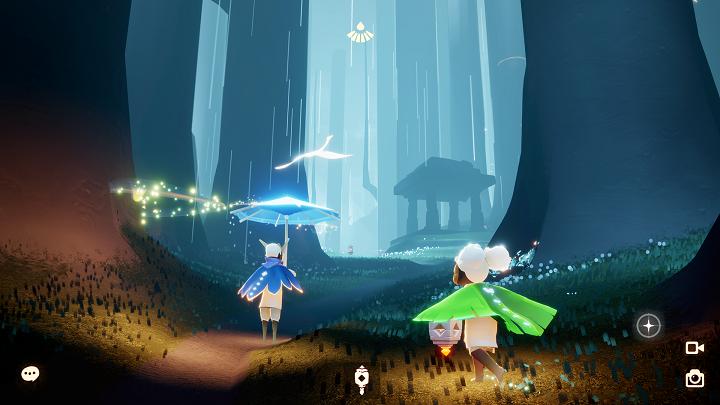 Sky: Children of the Light is one of the most beautiful games on our list. Our task is to travel through a huge, carefully created, fairy-tale world in order to discover its secrets. We will meet many other players in the game, but we will be able to talk to them only with time, so we will not always know with whom we will experience the adventures. 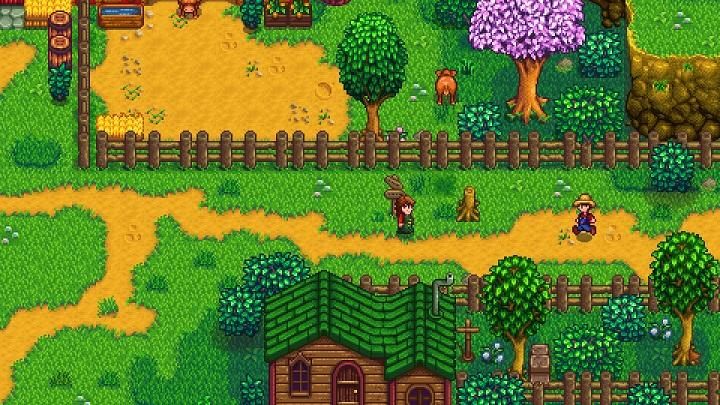 Stardew Valley is undoubtedly worth its price. In this game, we will have to restore our grandfather’s farm, plant plants, raise animals, and establish relationships with NPCs, which is the most enjoyable element of the game for many players. The advantage of the production is that it can be played in small portions, but beware – Stardew Valley is terribly engaging and it’s easy to sink in and miss your bus stop. 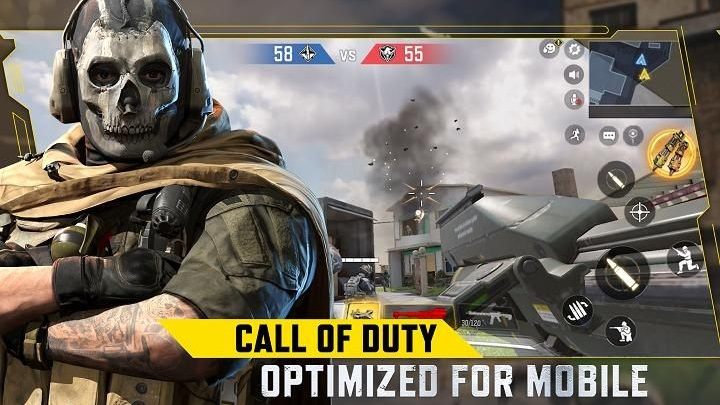 Call of Duty is, according to many fans of shooters, the most important series in this genre. Regardless of whether we agree with this assessment or not, it’s impossible not to consider this series a cult classic. Call of Duty: Mobile offers fast-paced action and challenging fights, with some very good graphics. A major advantage of this game are the controls that are very convenient – ​​which is not obvious in mobile shooters. 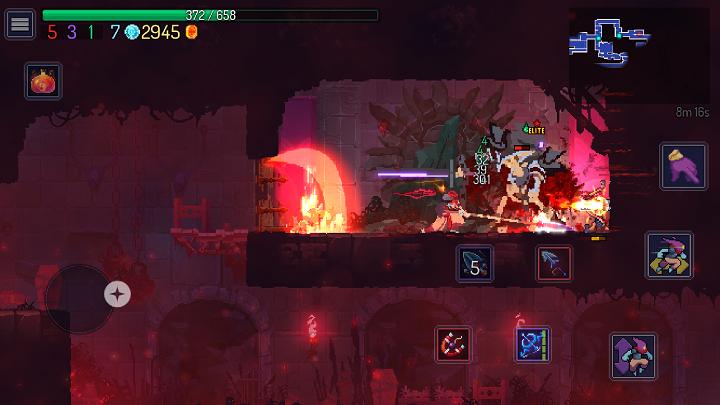 Dead Cells is a very interesting mix of platformer and roguelike. In this production, we will visit a dark land with dangers lurking at every turn. Players appreciate Dead Cells for, among other things, demanding level of difficulty and engaging gameplay. It’s worth noting that the dungeons here are procedurally generated, so each new approach is slightly different from the last one. 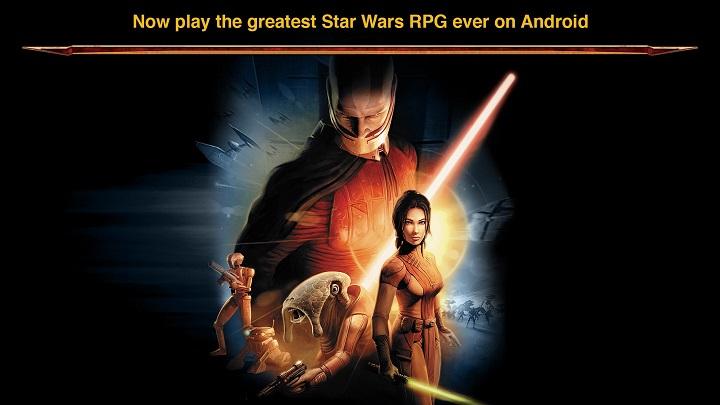 Almost every player who’s a fan of the star Wars universe has heard about the popular KOTOR. The game that debuted on PC is appreciated for extensive RPG mechanics and many decisions that we can make in it. Now the light and dark side of the Force can also be experienced on smartphones, thanks to a fantastic port of the original Knights of the Old Republic. 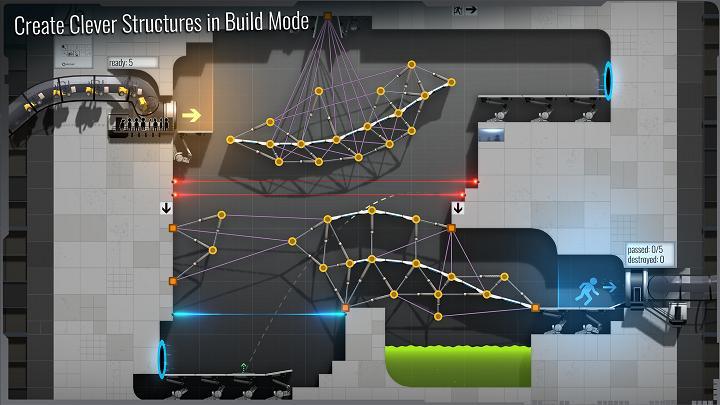 Bridge Constructor Portal is, as the name suggests, a combination of a bridge-building game with the famous portal. Thanks to such a mix, the game offers many interesting mechanics that creative players will be able to use in order complete a set of levels. The great advantage of this production is that you play it in smaller sessions. 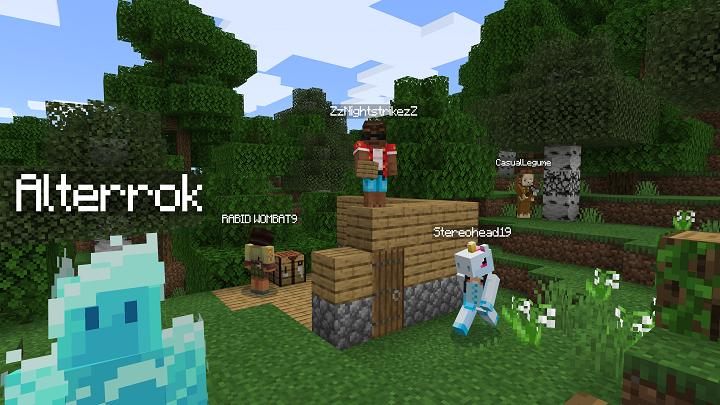 Minecraft needs no introduction, but we’d love to do it anyway. This sandbox can be compared to virtual Lego blocks, where we are able to create both small, simple houses, as well as a huge castles, or even entire cities. In Minecraft, we’re really limited only by our creativity. In the mobile version, the streaming is not as intuitive as on the PC, but even the smartphone version is characterized by extremely pleasant gameplay. 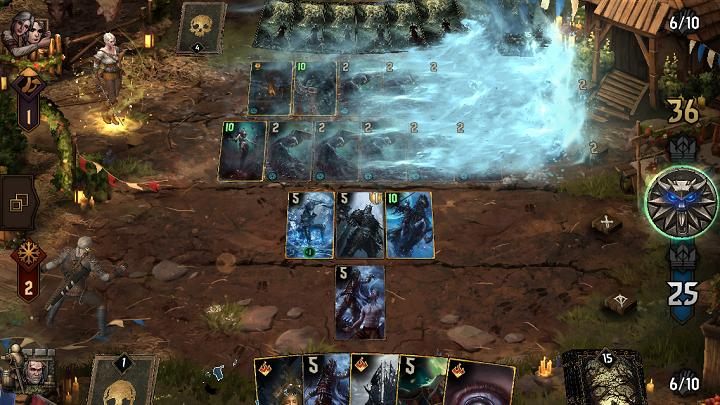 Gwent debuted as a mini game in The Witcher 3, and people loved it so much that it gained popularity very quickly. In a short time, a separate production based on this card game was created, significantly expanding its mechanics. For some time now Gwent can also be played on smartphones. The big advantages here are a great variety of cards and surprisingly emotional matches. 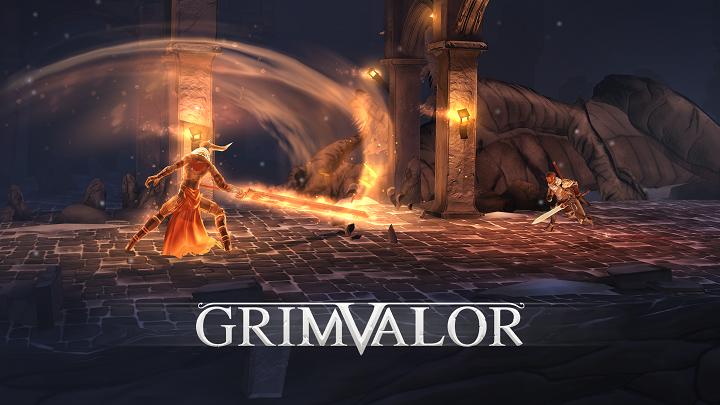 Grimvalor is a very interesting Hack & Slash with platform elements. In the game, we will fight many addictive and sometimes difficult duels. The game offers a side perspective, so you can only direct your character to the left, right, up and down. The addictive gameplay and beautiful graphics make this game a very interesting and exciting proposition. 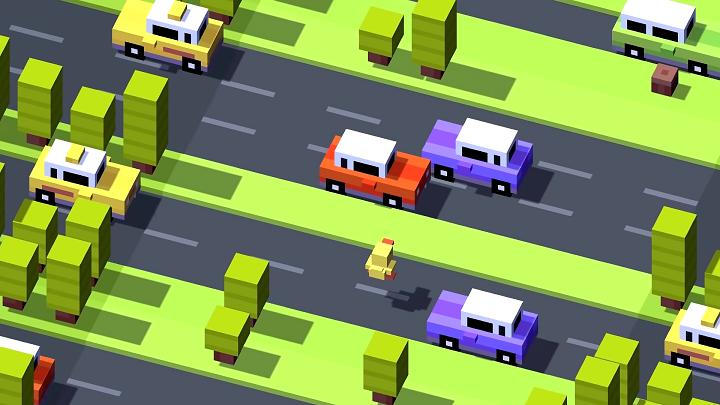 The gameplay of Crossy Road is not very complicated, which doesn’t mean that the game is easy. The player’s task is to lead one of the characters (there are many to choose from) across the street by moving up or back. As you progress, the gameplay becomes more difficult and therefore more interesting. A significant advantage are the characteristic, eye-catching visuals. Crossy Road is great when you want to play something short and engaging, not necessarily spending an hour or more on a single session.