Battlefield 2042 sold over 4 million copies in a week

There’s no denying that Battlefield 2042 has its problems. The latest installment in DICE’s famous FPS franchise came across a rather cold take, and actions like adding a Santa Claus skin to the game didn’t improve the situation. However, the fact of the matter is that the game is selling very well. Today the well-known industry journalist Tom Henderson demonstrated some more specific numbers. According to the data he published (described as internally), in the first week after starting Battlefield 2042 4.23 million copies shipped. That’s better than Battlefield 1 (3.46 million units), Bad Company 2 (1.39 million), and Battlefield 4 (2.59 million), but behind Battlefield 3 (4.68 million). 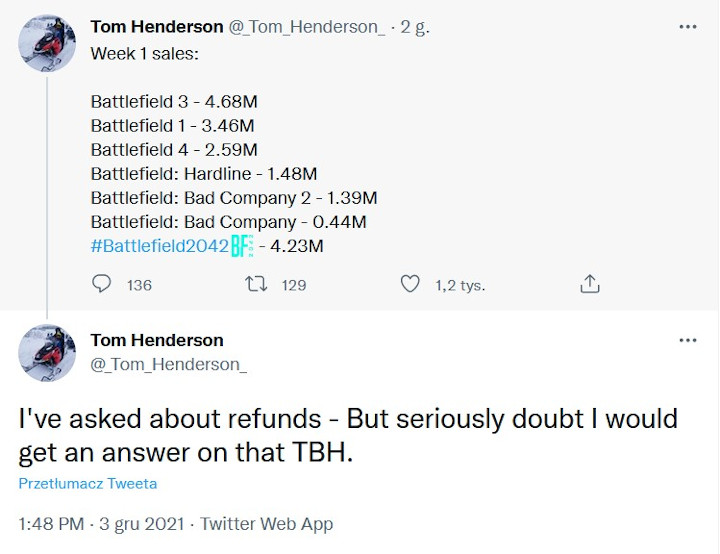 Regrettably, Henderson can’t tell what percentage of those copies were returned by disgruntled customers. He doubts EA would be willing to share such numbers.

In other interesting numbers, during the United States’ Thanksgiving holiday, the total number of active Battlefield 2042 Players on all platforms reached 1.67 million (the activity record was 269 thousand). Additionally, the people who play on Steam are calculated to make up around 20% of all gamers. 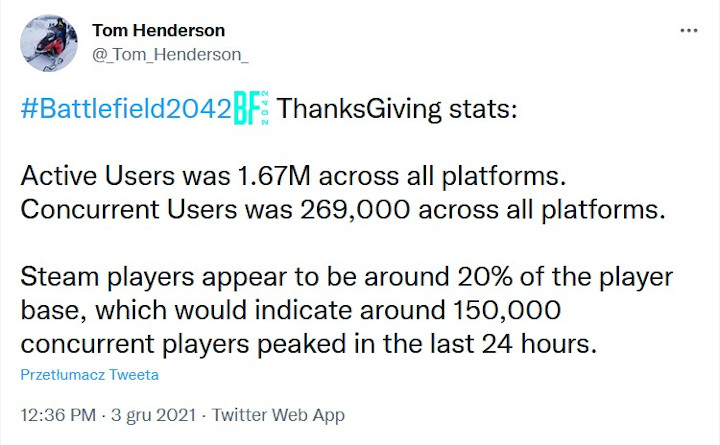 In the end, we can ask ourselves at what point the results of Battlefield 2042 will slow down and how long will the players who bought this title feel like playing it? Because this will certainly determine how long the game will be developed.