All New Changes in Aghanim’s Labyrinth: The Continuum Conundrum from Dota 2 – Gameplay Update 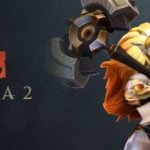 The question of “when to patch” has finally been answered dota 2 Players today as Valve released the latest gameplay update.

The new patch isn’t just about cosmetics, however, as there are also plenty of gameplay changes that can spice up the metagame in the coming days. Aghanim Labyrinth’s seasonal game mode, The Continuum Conundrum, also received a few updates, meaning players may need to tinker with strategy before lining up for the game mode.

Here are all the Aghanim’s Labyrinth: The Continuum Conundrum – Gameplay Update patch notes.

spirit of the void