I think this week was a pretty significant week for Nintendo. Not only because we got two (rather) big presentations that were all about the Switch, but more importantly because neither showcase had anything to do with Nintendo’s own first-party games. Now, don’t get me wrong, the switch has been doing really well for a long time now. However, as I look back at the last few days, I can’t help but think of the Wii U era and how far Nintendo has come…

Not too long ago, Nintendo was struggling to get any third-party to publish substantial content on their platform. And yet, today as I write this – Nintendo not only managed to navigate a “June/E3” period by only highlighting a single big name in-house title (Xenoblade Chronicles 3 Direct), but also got many fans (including myself) to forget the ‘seeming’ lack of first-party games by hyping up our excitement for all the great third-party stuff coming to the platform. 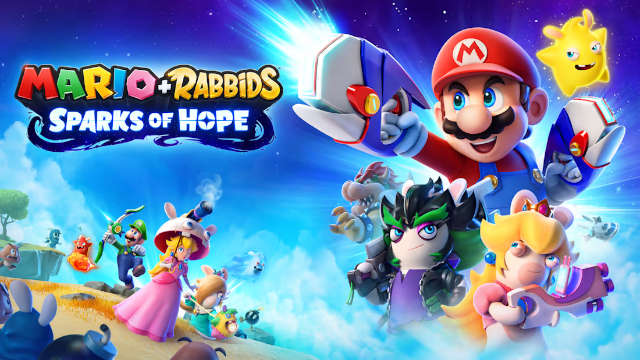 Now, don’t get me wrong – I’m still hoping for some surprises from within Nintendo in the coming months. We all know that Nintendo’s own studios often produce some of the best games of all time (even the Wii U era proved how great the internal team are). However, after a mini Direct that managed to fill 25 minutes on games from only their ‘partners’ and included a Portal compilationseveral persona titles and even interesting and artistic under-the-radar highlights like Blanc (Not to mention fan favourites Nier Automata, No Man’s Sky other Return to Monkey Island) it’s astounding to me what a turnaround we’ve seen in half a decade. Plus, yesterday’s big Mario + Rabbids Sparks Of Hope Showcase from Ubisoft not only showed off a sequel that’s brimming with character and uniqueness but also exemplified Nintendo’s new willingness to venture into some interesting partnerships. Something that was unheard of just a few years ago. And the fact that a Ubisoft show ended off with often-Direct-Host Shinya Takashi introducing the last trailer really highlights that point further.

It’s an exciting week (and time) to be a Nintendo fan!

As always remember you can check out more Nintendo news, reviews and features at www.nintendogamer.co.za.